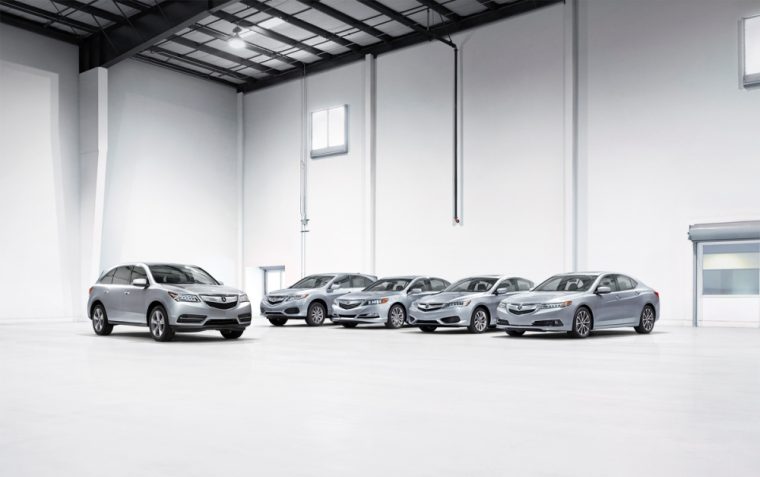 The Acura luxury brand also earned a 5 Year Cost To Own Award from KBB.com

These awards are meant to showcase which 2016 model year vehicles are expected to maintain the highest projected residual value after a period of five years. Acura topped all other luxury brands with a projected value of 47.6%.

“Topping the Edmunds rankings for projected retained value for eligible luxury brands for the fifth straight year is an important validation of our total focus on delivering precision crafted performance in every facet of what it means to own an Acura vehicle,” said Jon Ikeda, vice president and general manager of the Acura Division. “Acura products continue to set the benchmark in the luxury market by providing customers with a unique combination of luxury and performance, leading-edge safety technology and exceptional long-term quality, reliability and durability.”

Acura is celebrating its 30th anniversary in 2016 and the luxury automaker was also honored this year by Kelley Blue Book for having the lowest cost of ownership over a five-year period among luxury brands. Acura experienced its fourth consecutive year of sales increases in 2015, which was lead by the MDX luxury SUV and TLX sedan. Acura is also releasing its new NSX supercar later this year.

Toyota was the winner in Edmunds.com’s 2016 Best Retained Value Awards among non-luxury brands. This was Toyota’s second consecutive year winning the award and the brand is projected to maintain a 53.8% average residual value after a period of five years.

“If shoppers are deciding between competing models, we advise them to see if any of the cars on their list earned a Best Retained Value Award,” said Edmunds.com Consumer Advice Editor Carroll Lachnit. “This one simple step could bring them more money down the road when it’s finally time to trade in or sell the car.”