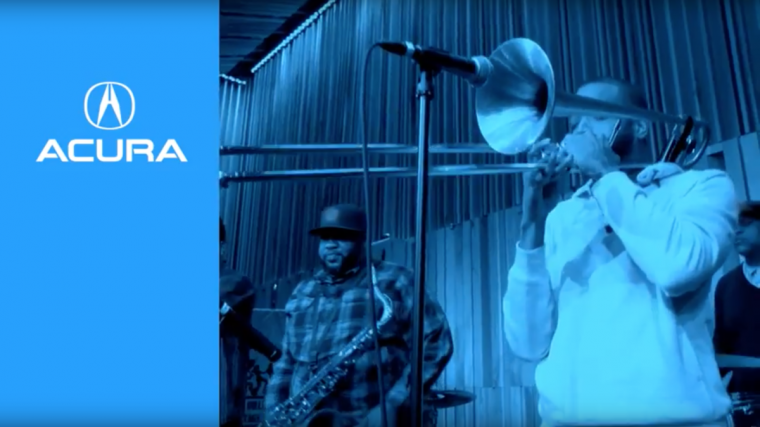 Acura has been sponsoring music in New Orleans for nearly two decades, and today the luxury brand announced its latest contribution to the NOLA cultural scene, as the Official Automotive Partner of the Trombone Shorty Foundation’s Shorty Fest and Trad Fridays.

The non-profit Trombone Shorty Foundation is led by iconic bandleader, singer, songwriter, and producer Troy “Trombone Shorty” Andrews; and Acura is working with the organization to help perpetuate the musical heritage of New Orleans through music education, instruction, mentorship and performance.

A new “Playing it Forward” video from Acura spotlights the Trombone Shorty Foundation’s work and music. Check it out:

This marks Acura’s 18th year of continued sponsorship of the New Orleans Jazz & Heritage Festival, which runs from Friday, April 28th through Sunday, May 7th.

In addition to service as the official automotive and main stage sponsor of the music fest, Acura is backing the Shorty Fest fundraising concert and Trad Fridays, Trombone Shorty’s partnership with the New Orleans Center for Creative Arts for the preservation of traditional New Orleans jazz music for future generations.

“For 18 years the music scene in New Orleans has been a dynamic fit for the Acura brand and we are honored to support the incredible contributions the Trombone Shorty Foundation is making to advance local musicians and maintain the one-of-a-kind musical culture of New Orleans,” said Jon Ikeda, the vice president of Acura Sales.

Acura has a long history of supporting various music initiatives and musicians, in addition to its relationship to the New Orleans art scene. For the last five years, the automaker has supported the Grammy’s MusiCares Foundation, which provides critical assistance to the music community through services and resources covering a wide range of financial, medical, and personal emergencies. Earlier this year, a custom 2017 Acura NSX was auctioned off to Tom Petty at the 2017 MusiCares Person of the Year Tribute to raise money for the organization.