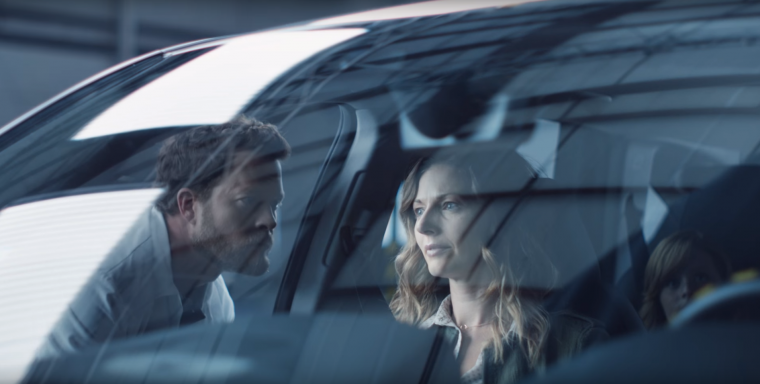 American Honda Motor Co. cleaned up at One Show’s third annual Automobile Advertising of the Year Awards during this year’s Detroit Auto Show. The automaker took home two trophies in the Broadcast Television category: one for the stop-motion Honda ad “Paper,” and one for the sort-of creepy Acura crash-test dummy commercial “The Test.”

The award-winning ad touts the fact that Acura is the first and only brand to earn 5-Star NHTSA safety ratings and IIHS Top Safety Pick+ awards for every vehicle in its 2015 lineup. It does so by portraying an Acura engineer solemnly placing frozen, lifeless human beings into an Acura MDX, which is kind of creepy.

But the commercial ends with the reveal that the lifeless people were just crash-test dummies that the engineer was picturing as his own family, so that he was more emotionally-invested in the vehicle’s crashworthiness, which is a little less creepy, I guess.

“While other brands in the luxury automotive category use close call scenarios and crash demos to depict their safety message, Acura has taken a more emotional approach to this very important subject,” said Acura’s manager of national advertising, Leila Cesario. “The Acura campaign is based on a key human insight—safety is about family. Acura’s philosophy about safety transcends technology. It’s about putting people first.”

“The Test” was chosen for its award by a jury of 25 leading advertising industry creatives and journalists assembled by One Show, a non-profit organization devoted to “elevating creative work in the industry worldwide.” The Acura commercial beat out over 250 other global entries to claim its prize.