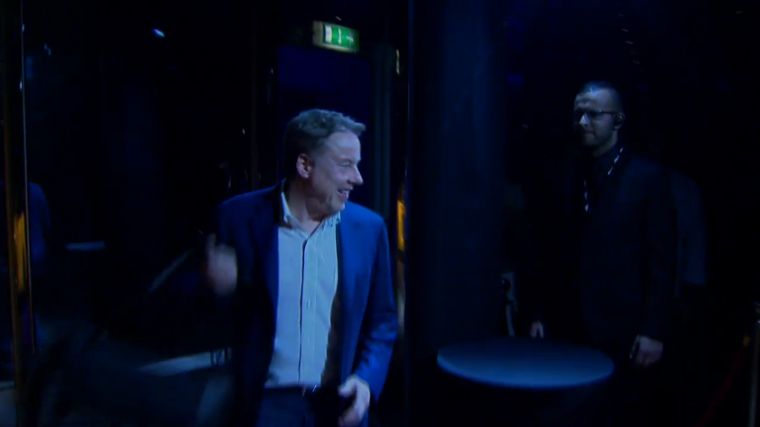 With automakers proclaiming that drivers are as little as five years away from being able to purchase self-driving vehicles, one might start to wonder how long it takes before the focus shifts to another long-gestured fixture of sci-fi transportation and development begins in earnest on the first mass-produced flying cars.

Ford Executive Chairman Bill Ford was at South by Southwest in Austin this week, where, according to Business Insider, he fielded a question regarding the company’s plans to develop flying cars. The following is his response:

We’re not, but it’s not so crazy. Although I would say they had better be autonomous. Most people can’t drive two dimensions, let alone three.

There are entrepreneurs who are working on flying vehicles. I haven’t been in one, but seen a test of one. And they are technically going to be very possible.

But go back to automation. Think about today, planes, which you to take off and land at the airport, which eliminates 99% of their usefulness. You have to be a licensed pilot. Well, how many of those are there? But in time, regulations change and these things start to become more interesting. So I wouldn’t say never for us, but not in the short term for us.

Okay, so let’s set aside the fact that this is basically a no, but also not a total no. Here’s the real question that we need to ask in response to this response: who cut Bill off on the way to SxSW, and were they driving a salt truck? Because that particular line, while not totally incorrect, is pretty salty for an executive in an automotive company.

Hopefully by the time flying car technology becomes more plausible, drivers will have learned how to navigate Euclidian space with confidence satisfactory to Bill Ford’s liking. Otherwise, we might be able to expect an equally salty response when he gets asked about teleportation tubes.