A Brief History of the Mitsubishi Eclipse

Everyone who’s seen The Fast and the Furious remembers Brian O’Connor’s little green Eclipse that he drives in most of the movie. What was it about the Eclipse that made it the quintessential tuner car of the 90s? Find out about each its four generations below. 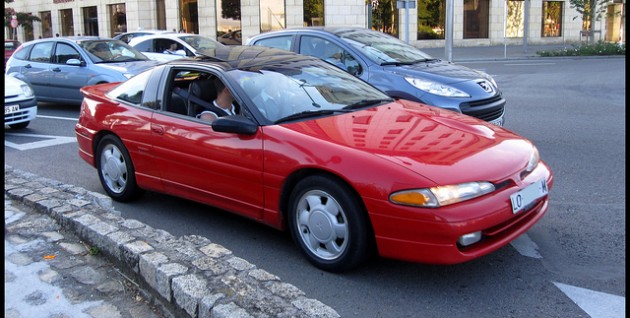 Back in the early 90s, Mitsubishi and Chrysler were buddies and shared a lot of technology and car platforms. The first generation Eclipse (’89-’94) was a result of their joint partnership, named Diamond-Star Motors (DSM), and shared the Chrysler D platform and parts with the Plymouth Laser and Eagle Talon. It offered a 1.8-liter or 2.0-liter four cylinder engine and the latter could be had with a turbocharger for a max output of 195 horsepower.

The Eclipse got a redesign for the 1995 model year, adopting its recognizable curvy styling. The car was also sold as the Eagle Talon and shared a platform with the Chrysler Sebring and Dodge Avenger. The 2.0-liter engine returned as the base engine, and this generation also offered a 2.4-liter four cylinder and the turbocharged 2.0-liter engine got bumped up to 210 horsepower. The GSX model offered all-wheel-drive as well, and at 3,210 pounds, the car got moving pretty quickly. This is the generation that starred in the first film of the famous Fast and Furious franchise. 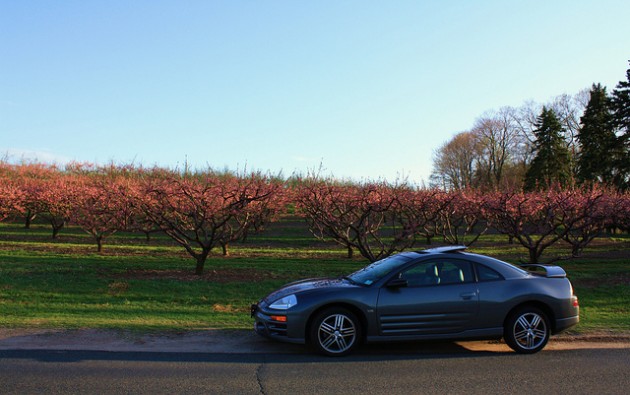 In 1999, it was time for another redesign while everyone was freaking out about Y2K. The concept that this generation was based on was revealed at the 1998 North American International Auto Show in Detroit and was the first concept car ever shown in the US by Mitsubishi. The car lost its turbocharged engine offerings, which were replaced by a 2.4-liter four cylinder and a 3.0-liter V6. All-wheel-drive was also dropped, but all models that weren’t convertibles offered a retractable sunroof. Mitsubishi also tinkered with a 2001 model by converting it to an electric vehicle, where it drove nearly 250 miles on a single charge.

The last Eclipse was sold from 2005 to 2011, offering the 2.4-liter four cylinder engine and a 3.8-liter V6 engine that generated an impressive 263 horsepower. The very last one rolled off the production line as a special edition that was sold at an auction for $35,000 to benefit the victims of the 2011 earthquake in Japan. How’s that for ending things on a positive note?