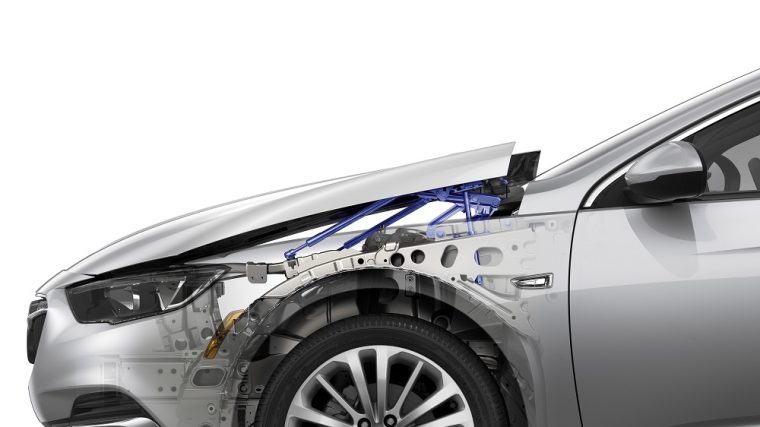 When it comes to safety, a little lift goes a long way

The recent rise in motorist fatalities has been highly documented and reported. However, rising at at even more rapid rate is the number of pedestrian deaths, which reached just under 6,000 fatalities last year.

The active hood technology utilizes precise pressure sensors near the front of of the vehicle that can differentiate between humans and other objects in the event of a collision. To mitigate the damage done to the pedestrian, actuators activated by the sensors lift the vehicle’s hood four inches in 40 milliseconds, cushioning the impact when a pedestrian moves toward the vehicle.

This won’t be the only safety feature included with the Regal Sportback designed with pedestrian safety in mind. The new Buick model will also include a camera and radar-based pedestrian detection system, forward collision alert, and front pedestrian braking.

This active hood technology is really nothing new. Over in Europe, Opel’s lineup of Insignia vehicles have been utilizing similar technology for some time now. The result is a massive decrease in pedestrian fatalities when the Insignia is involved in an accident.

“If you consider the European market alone, we have seen in the last ten years the number of fatalities have dropped down by 50 percent,” said Wahaj Hussain, Lead Active Hood Systems Engineer. “We anticipate the same thing will happen in U.S.”

Hopefully the result will indeed be similar when the Regal Sportback arrives in America in the next coming months.