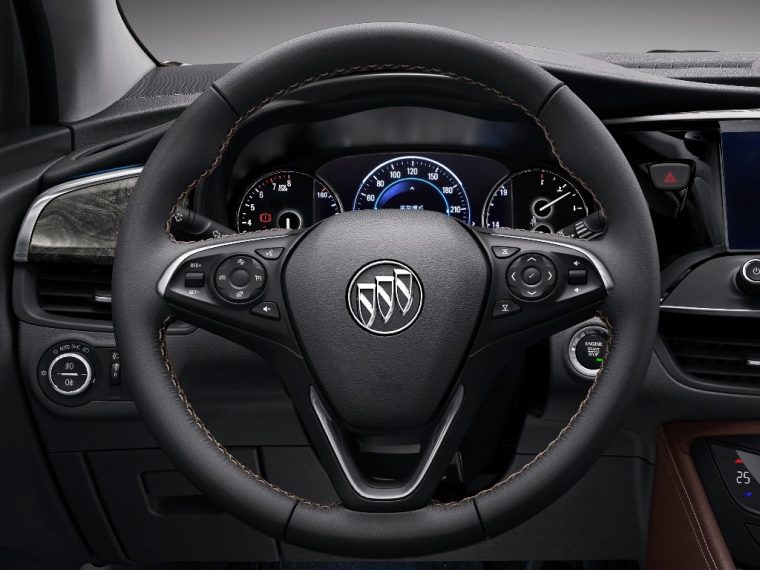 The steering column of the Buick Envision crossover

General Motors and its joint ventures combined to deliver nearly a quarter-million vehicles in China last month, marking a slight year-over-year sales decline that was facilitated by a post-Chinese New Year lull in new vehicle sales. Still, GM’s various brands offered up strong performances in terms of SUV sales and a record month for Buick.

Between Buick, Chevrolet, Cadillac, Wuling, and Baojun, General Motors saw a 115% sales increase for SUVs. The two biggest breadwinners were the Baojun 560 and the Buick Envision, the latter of which will be exported to the United States later this year and becomes only the second Chinese-built vehicle to be sold in America.

Buick enjoyed a 16% year-over-year sales increase at 70,764 deliveries, good for an all-time record for February. The Envision was a large contributor by virtue of almost doubling its sales from February 2015, and the Excelle GT also saw significant gains.

Baojun sales were also up, totaling 39,348 units for a 52% year-over-year increase. The Baojun 730 multi-purpose vehicle and Baojun 560 SUV were the brand’s two best-sellers.

While sales were down for Cadillac, its first two months combined still amount to a record for sales after two months. Chevrolet sales well by 48% as the small car segment continues to disappear, and Wuling sales fell 18%.

GM anticipates that the introduction of new models in the months ahead will keep GM’s sales in China in the black.

“This year we will continue to improve our product mix to meet the fast-changing customer demand,” said GM Executive Vice President and GM China President Matt Tsien. “We are on track to execute our product launch plans. New models, including the Cadillac CT6 and Chevrolet Malibu XL, are expected to add to our growth momentum.”