Buick Tests Every Cascada to Stand Up to Record Rainfall 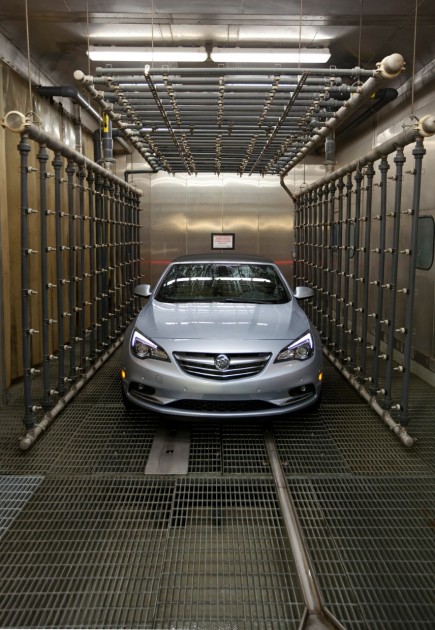 We’re still as much as a year away from the 2016 Cascada convertible hitting the market, but Buick is already doing its level best to assure customers that it will be more than capable of withstanding even the harshest April showers when the weather demands riding with the top up.

Once each Cascada is ready to roll off the assembly line, it must first pass through a specialized water test booth, where it will be hit with high-pressure blasts of water from no fewer than 124 nozzles for 10 minutes. Each nozzle is said to emit 1.9 gallons of water per minute, which means that each Cascada must endure the equivalent of the world record for rainfall (1.23 inches per minute). 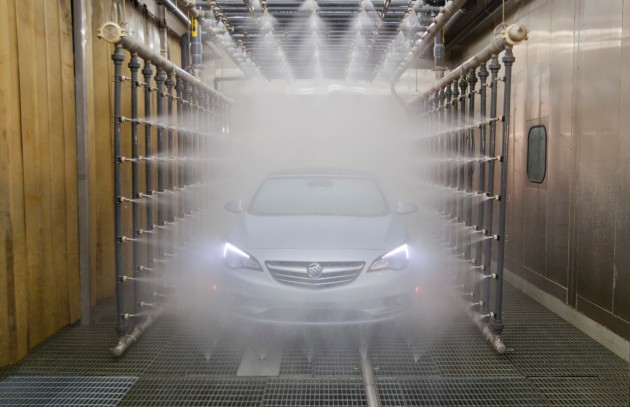 GM says that two Cascadas are also randomly selected every day to undergo a “deluge” test, which ups the ante to about 3 gallons of water from every nozzle per minute.

“Convertibles are best enjoyed when it’s warm and sunny, but Cascada has been designed and engineered to be used year-round, regardless of the weather,” said John Dolch, program quality manager for Cascada. “Not only is Cascada’s top engineered to be weatherproof in extreme conditions, but each and every Cascada built will also be put through a rigorous water test.”

Oh, and before we go decrying the waste of water, we should note that 98.5% of all water used during these tests is recaptured, filtered, and recycled.