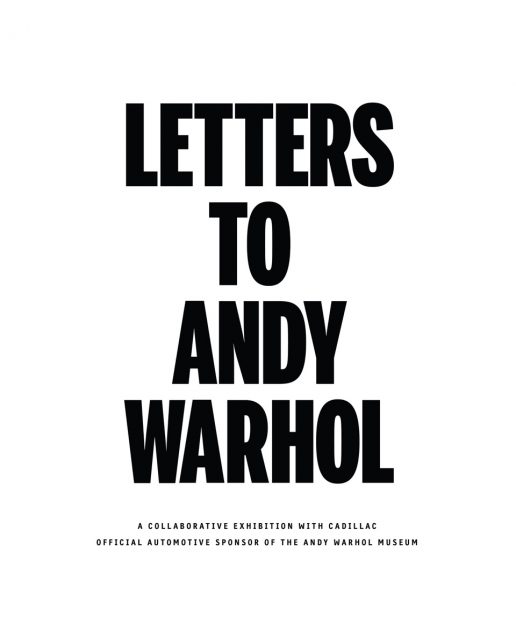 Cadillac announced a new multi-year partnership with The Andy Warhol Museum earlier this month that will result in a collaborative traveling art exhibition called “Letters to Andy Warhol.” In addition to focusing upon five letters sent by or to Warhol, the exhibit will inspire artistic contributions from many of today’s best artists, and will include artwork that includes depictions of historic Cadillacs.

“Andy Warhol’s mastery of popular culture as high art made him one of the most influential American artists of the last century,” said Melody Lee, director of Brand Marketing for Cadillac. Letters to Andy Warhol celebrates Warhol’s unique individualism, and Cadillac as a cultural inspiration for his important work.”

“Andy Warhol painted a portrait of American life. The Warhol’s partnership with Cadillac, an iconic American brand that appears in Warhol’s work, feels completely right to us,” said Patrick Moore, The Warhol’s interim director. “We’re excited to be part of an exhibition that examines the continuing influence of Warhol on contemporary culture through the lens of some of today’s most influential tastemakers.”

“Letters to Andy Warhol” will be built around five letters to or from Yves Saint Laurent, Mick Jagger, the Museum of Modern Art, the New York State Department of Public Works, and a mutual friend of Warhol and Truman Capote. These letters will serve as the foundation for contributions from artists including David LaChapelle, Sean Lennon, Sienna Miller, Aimee Mullins, and Chiara Clemente.

“Letters to Andy Warhol” will be free to the public at Cadillac House in Manhattan from 8 am-7 pm on weekdays and 10 am-7 pm on weekends from November 15th to December 26th.