Cadillac ATS-V.R Set for First Race at Circuit of the Americas 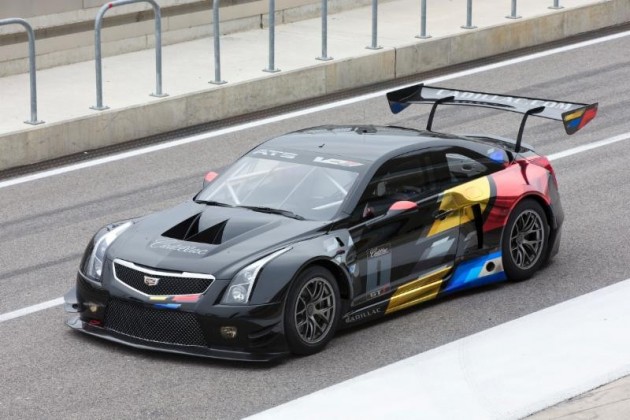 Cadillac is all set for the debut of its ATS-V.R race car, which is set to participate in the opening round of the Pirelli World Challenge Series at the Circuit of the Americas in Austin on March 6-8.

The ATS-V.R takes the awesomeness of the all-new 2016 ATS-V coupe and converts it into a beat that complies with FIA GT3 specifications, powering it with a sport-tuned version all-new twin-turbo V6 LF4 engine (conveniently labeled the LF4.R) that generates 600 horsepower.

Shopping for a Used Cadillac? See the Benefits of Cadillac Shield Certified Vehicle

The ATS-V.R has undergone a 24-month cycle, and it hit the track for the first time last September. The No. 3 ATS-V.R will be piloted by three-time-and-defending Pirelli World Challenge GT Champ Johnny O’Connell, and the No. 8 car will be driven by Andy Pilgrim, who becomes to only man to race and develop all three generations of Cadillac’s V-Series racers.

“A lot of details had to come together since last September,” said David Caldwell, Cadillac Racing program manager. “The entire team has been digging deep non-stop and I’m happy with the progress we have made. Our focus has been testing on and off track and getting the drivers and engineers comfortable with the new car.  We are very excited to be able to finally debut the car in its first race at the Circuit of the America’s on March 7.”