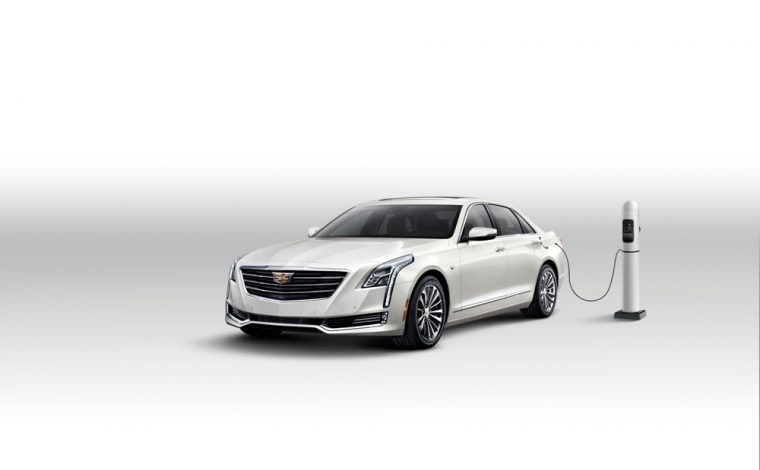 The 2017 Cadillac CT6 PHEV has a top speed of 78 mph when using only electric power
Photo: © General Motors

If you like the looks of the Cadillac CT6, but have been waiting for the more eco-friendly plug-in hybrid version to be released, then you’re in luck because GM Canada recently announced this sedan will become available this spring in the Great White North.

Powering this new hybrid Cadillac will be a 2.0-liter turbocharged four-cylinder that works with a two-motor EVT system, which sends power to the rear wheels. This unique powertrain provides a total output of 335 horsepower and 432 lb-ft of torque. That’s enough power to send the 2017 Cadillac CT6 PHEV from 0 to 60 mph in just 5.2 seconds. This car can also reach a top speed of 150 mph.

The Environmental Protection Agency (EPA) has estimated the new CT6 PHEV will provide a total driving range of up to 400 miles. In addition, it can travel approximately 30 miles using electric power only.

Some of Cadillac’s newest equipment, such as its award-winning rear camera mirror, rear seat infotainment system, and enhance night vision are all offered with the ‘17 CT6 PHEV.

“The CT6 is a technological showcase throughout, and by far the lightest car in its class, making it an ideal platform for electrification,” said Cadillac President Johan de Nysschen. “In the CT6, Cadillac presents a new formula for prestige luxury. The advanced Plug-In system is a key addition, providing a combination of exceptional fuel economy, crisp acceleration and strong electric-driving range.”