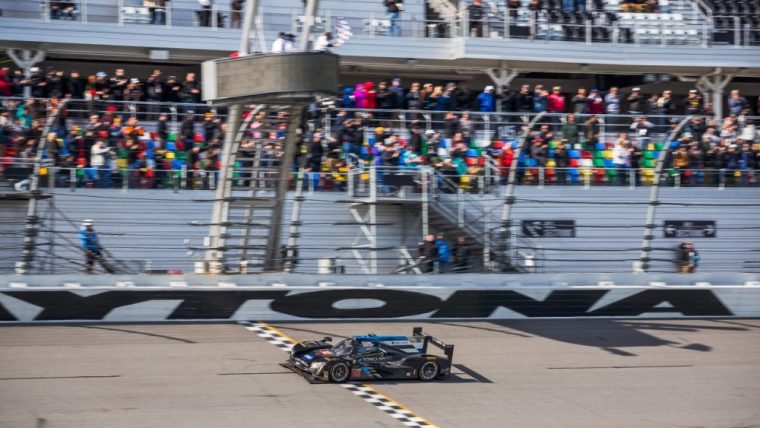 Cadillac sent shockwaves throughout the racing world when it announced it would be entering a new prototype in this year’s Rolex 24 at Daytona. The company’s new DPi-V.R racecar weighs just 2,050 pounds, receives its power from a naturally-aspirated V8, and also now is a champion of the iconic 24 Hours at Daytona endurance race.

The No. 10 Konica Minolta Cadillac DPi-V.R of Wayne Taylor Racing dueled with the No. 5 Mustang Sampling Action Express DPi-V.R racecar during the closing hours of the event. After the No. 10 Cadillac got off to a big lead following the race’s final restart, the No. 10 DPi-V.R racecar was eventually able to close the gap, and passed the No. 5 car with only five minutes remaining.

There was controversy though, as the No. 10 Cadillac collided with the No. 5 DPi-V.R when making its race-winning pass. However, officials decided that no penalty would be issued after they reviewed the incident. 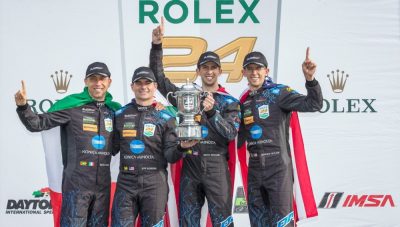 “I haven’t been this emotional for a win and an experience like this for a very long time,” Gordon told reporters after the race. “The reason is because I know what this means to this team, Wayne [Taylor], these kids [Ricky and Jordan] – Max. Oh my gosh! This is amazing! Daytona has always been special, but this one sent me over the top. I’m just blown away right now.”

The No. 5 Cadillac DPi-V.R racecar ended up finishing 2nd in the Rolex 24 at Daytona, giving Cadillac Racing a 1-2 finish in the first race of the 2017 IMSA WeatherTech Sport Car Championship. Not surprisingly, Cadillac boss Johan de Nysschen sounded satisfied with the results of this year’s race.

“Victory at the renowned Rolex 24 At Daytona is never easy. To do so in our debut, with a new car dominating the race, is a tribute to the efforts of our engineers, teams and drivers,” said de Nysschen. “Cadillac’s return to endurance racing represents a tangible expression of our new product philosophy, in which technology and superlative engineering meet to challenge conventions and end the trade-off between luxury and performance.”

The next race for the IMSA WeatherTech Sport Car Championship will take place in Sebring, Florida. That’s where drivers will compete in the Twelve Hours of Sebring on March 18th.