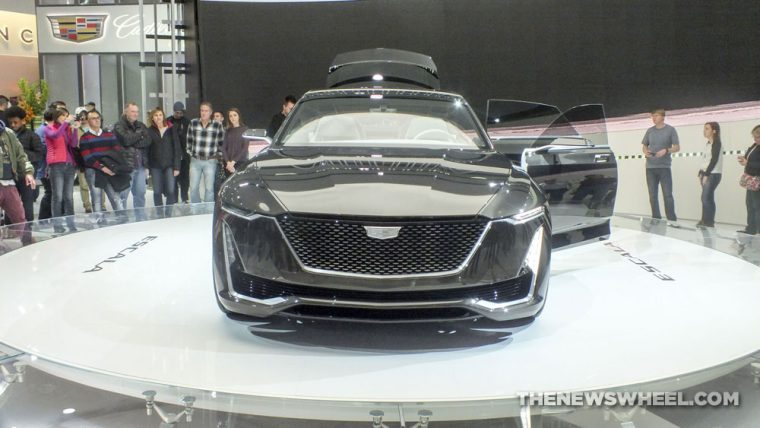 The Cadillac Escala Concept has been wowing lovers of luxury for a little over a year now, making appearances at auto shows all around the world and even showing up in an ad that aired during this year’s Academy Awards—meaning that the handsome concept sedan may very well have been the thing that caused the mix-up that led to La La Land accidentally being named the winner of Best Picture for all of about two minutes.

Cadillac has announced that the Escala Concept will be breaching new ground next month when it makes its Middle Eastern debut at the Dubai International Motor Show. The Escala, powered by a prototype 4.2-liter twin-turbo V8 engine, will be showcased alongside the new 2018 Cadillac XTS Platinum, which is also making its regional debut.

Feeling Flat? Here’s what you need to know to change a tire quickly and effectively

“Escala is extremely important for Cadillac as it both previews the brand’s future design direction and helps build the brand’s aspirational character, signaling our commitment to be the pinnacle of premium motoring. For these reasons alone, it will be a must-see for automotive connoisseurs at the show,” said Managing Director of Cadillac Middle East Christian Soemmer.

Cadillac’s presence at the Dubai International Motor Show will be a comprehensive one. Among the products on display will be the 2018 model-year iterations of the new XT5 crossover and CT6 sedan, as well as the updated 2018 Cadillac Escalade, the Cadillac CTS-V Super Sedan, and Cadillac ATS-V Sedan and Coupe.