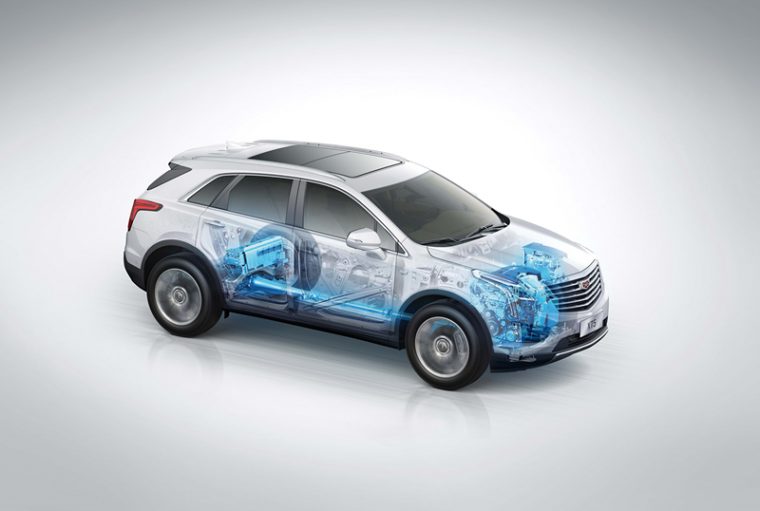 Cadillac has revealed a new iteration of its XT5 crossover that employs a mild hybrid system. Bowing in August at the Chengdu Motor Show, the XT5 28E adds a nine-speed automatic transmission and reduces estimated fuel consumption to 7.9 liters/100 km (29.8 mpg).

Related: A closer look at the Cadillac XT5 AWD

The mild hybrid system utilizes an electric motor that helps to boost power at increased speeds and recharges when braking and cruising. It also enables start/stop cylinder deactivation, which helps improve fuel economy without diminishing acceleration.

Additionally, the Cadillac XT5 MHEC gets updates for the Cadillac User Experience (CUE), allowing it to monitor the system’s performance and keep an eye on power flow.

Otherwise, the XT5 MHEV is ostensibly the same vehicle that has become a major hit among new vehicle shoppers in China. Since deliveries began in April 2016, Cadillac has sold more than 63,000 examples.