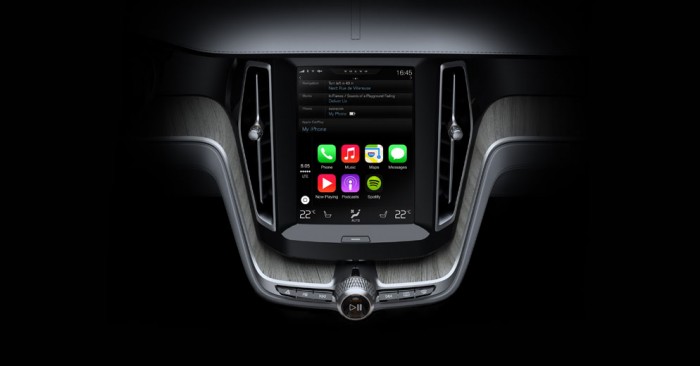 Cadillac is joining Chevrolet and Hyundai as manufacturers featuring Apple CarPlay and Android Auto in their vehicles.

The luxury car brand announced on June 9th that Apple CarPlay would be appearing in 2016 Cadillacs that feature their CUE 8-inch touch screen. Those models include Escalade, CTS, and XTS product lines. The SRX crossover will not feature CarPlay because it is changing to a new generation in 2016.

Apple CarPlay and Android Auto basically allow the functions of a smartphone to be used through the car’s touchscreen. Some features can be activated using only your voice and a button on the steering wheel. CarPlay will let users view maps to aid navigation, play music through iTunes, view and compose text messages. Andriod Auto will be incorporated in Cadillacs at an undetermined later date and will feature Google maps, Google Now, Skype, Spotify, and podcasts. Both systems also handle phone calls.

The 2015 Sonata was the first vehicle to feature Android Auto and Chevy announced last month that 14 of their 2016 models would feature the technology. The first GM product with the equipment will be the 2016 Chevy Cruze that is scheduled to be released this summer. One of the reasons why this technology is just becoming available was the challenge of creating something that wouldn’t become out-of-date as the car ages.

Each phone integration system will require smartphones to be plugged into the system through a USB port.