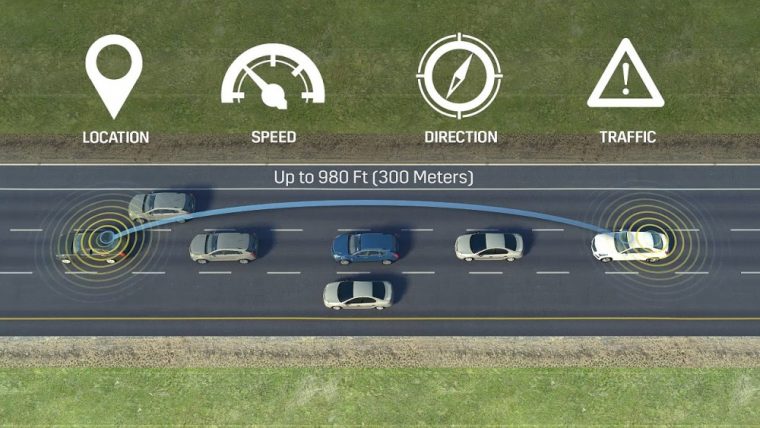 Even though the third-generation Cadillac CTS was named Motor Trend’s 2014 Car of the Year and earned a spot on Car and Driver magazine’s 10Best list in seven of the last nine years, the CTS has never sold particularly well.

That could be the reason that Cadillac decided to debut its next-generation CUE infotainment system in the 2017 CTS. This new high-tech system comes with new features like a Summary View, a brand-new navigation app, and it gives drivers the ability to create cloud-based profiles.

To go along with this updated infotainment system, Cadillac announced the 2017 CTS sedan will also be the first of its vehicles to come standard with the company’s new vehicle-to-vehicle (V2V) safety technology.

This innovative piece of safety tech uses Dedicated Short-Range Communications and GPS to read up to 1,000 messages each second, even at distances of approximately 1,000 feet away. So, when a 2017 Cadillac CTS pulls up at a traffic light, the V2V system will scan for other vehicles in the area, and then track the direction they’re traveling and how fast they’re moving.

By using this technology, drivers will be notified of potential obstacles that they otherwise might not have been aware of and this can give them additional time to react to the situation. An official Cadillac press release stated that some of the dangerous situations this system can alert the driver of include slippery conditions, hard braking, and disabled vehicles.

While this new V2V tech will essentially create a network of automobiles that can share large amounts data with each other, the catch is that only vehicles equipped with V2V equipment can communicate with each other.

The 2017 Cadillac CTS will be the only car sold in the United States that comes standard with V2V tech, but all good things have to start somewhere, right?