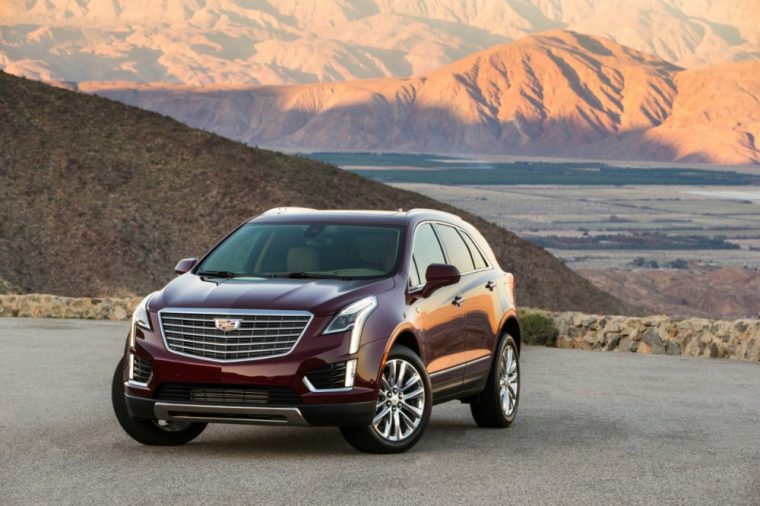 Find out what the head of Cadillac said about a possible new engine for the XT5
Photo: © General Motors

When the 2017 Cadillac XT5 luxury crossover hits US dealerships in April, it will come equipped with a 3.6-liter V6 engine rated at 310 horsepower, but Cadillac’s president, Johan de Nysschen, has hinted that an additional engine option could be in the works for the XT5.

The Chinese version of the new Cadillac XT5 will be offered with a 2.0-liter turbocharged four-cylinder engine good for 258 horsepower. When asked if that engine option could eventually make its way to the United States, Nysschen did not dismiss the idea.

“I actually think we would do well to consider that for the US,” Nysschen told Automotive News.

Nysschen did not offer a timeline or any more details about a possible four-cylinder equipped XT5, but various sites have speculated that engine option could lower the XT5’s MSRP, which currently sits at $38,995.

The new XT5 crossover will be available in either front-wheel or all-wheel drive. Furthermore, the XT5 will make use of an eight-speed automatic transmission with electronic precision shift. As for fuel economy, the FWD version will yield an EPA-estimated 22 mpg combined, while the AWD model will provide 21 mpg combined.

The XT5 will weigh 278 pounds less than the SRX crossover, which is the model the XT5 is replacing. The XT5 will also boast new advanced technology, such as Cadillac’s award winning rear camera mirror, as well as Android Auto and Apple CarPlay compatibility.

“The all-new XT5 not only enters the most popular segment in the worldwide luxury auto market, it is the first of four new crossovers from Cadillac,” Nysschen said when the XT5 was for first introduced. “It’s pivotal to our ongoing growth, which is why we’ve developed XT5 from the inside out to provide customers more space, more technology, more luxury and more efficiency.”

DIY Car Care: Check out these tips for rotating your tires and aligning your wheels