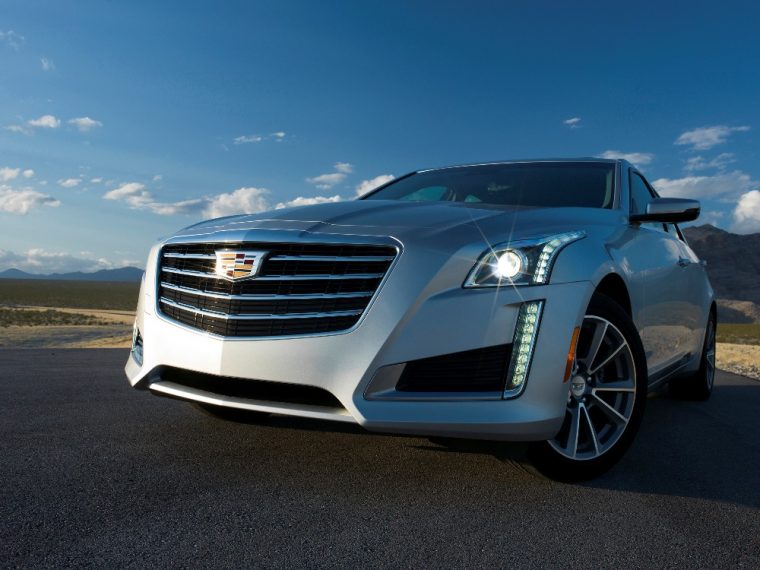 Even though it’s not Cadillac’s best-selling model, the CTS is still a favorite of automotive publications like Car and Driver
Photo: © General Motors

To go along with Cadillac’s new naming system that automatically awards CT letters to new cars, as well as the XT distinction to new crossover vehicles, it seems like the American luxury automaker is also looking to bring more uniformity to the trim levels that are offered with its vehicles.

Take for instance the 2017 Cadillac CTS, which in an effort to align closer with the recently released CT6 and XT5, will be offered in five trim levels for the 2017 model year, which will be CTS, Luxury, Premium Luxury, V-Sport, and V-Sport Premium.

Other changes being made to the new 2017 CTS include an updated version of the CUE infotainment system, which will now come standard with the myCadillac Mobile App and Teen Driver technology.

On the outside of the 2017 Cadillac CTS will be new vertical exhaust tailpipes, which replace the horizontal design that was featured on the 2016 model. In addition, the CTS, Luxury, and Premium Luxury models all come with a redesigned front grille.

Consumers on the lookout for new gadgets should be pleased to find out the rear camera mirror that debuted in the new Cadillac CT6 sedan will also be available with the updated CTS. Additional updates to the 2017 Cadillac CTS include two new color options, fresh rim designs, and the availability of a new Carbon Black sport package.

The third-generation Cadillac CTS sedan has been named one of Car and Driver’s “10 Best” for the last three years and has also received Motor Trend’s 2014 Car of the Year award.

Don’t forget to visit The News Wheel again in the future for any additional information regarding 2017 Cadillac models.

Even though it’s not Cadillac’s best-selling model, the CTS is still a favorite of many notable automotive publications
Photo: © General Motors