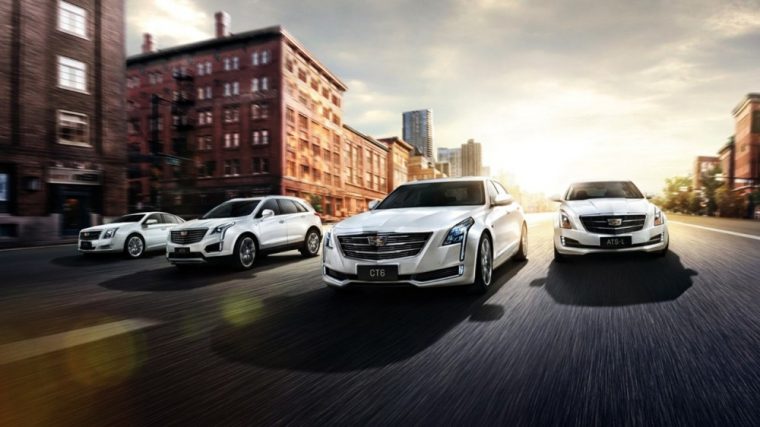 The Chinese have bought a record number of Cadillac cars and SUVs so far this year.

Through the first eleven months of 2016, General Motors has delivered more than 100,000 vehicles in China. This represents a 54% increase over last year’s sales and it’s also an all-time record for Cadillac sales in China, which is now the company’s second largest market behind the United States. 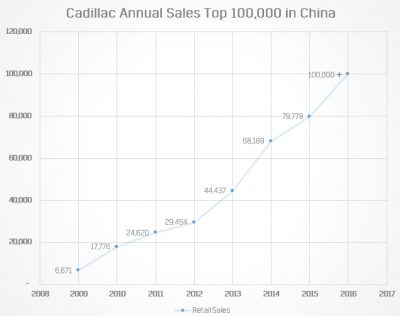 “Reaching this milestone reminds us that Cadillac is setting a new standard for aspirational and premium appeal in China,” said Vice President of Cadillac China Andreas Schaaf. “Our new products, our dealers and Cadillac’s global transformation are catalysts for the unprecedented growth we are experiencing.”

Cadillac is now one of the quickest-growing luxury car brands in China. This year marked the introduction of the Cadillac CT6 sedan and XT5 crossover to the country. Both of those aforementioned vehicles are produced at Cadillac’s new modern facility in Shanghai.

The Cadillac ATS-L sport sedan, XTS full-size sedan, CT6 prestige sedan, and XT5 crossover SUV were all popular models this year in China. In fact, Cadillac moved over 4,700 units of the XT5 in October alone. In comparison, the US market purchased 10,282 XT5 luxury SUVs last month.

The reason GM is producing the CT6 Plug-In Hybrid in China is because the government offers remarkable incentives to companies that build New Energy Vehicles (NEVs) in the country. In addition, customers who purchase these cars receive incredible incentives too, so GM believes it can sell more hybrid models overseas.