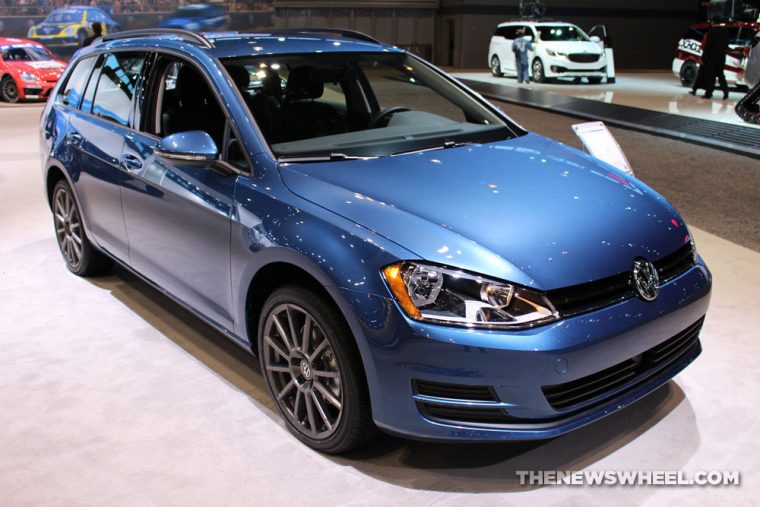 This year marks Volkswagen’s 12th consecutive inclusion in Car and Driver magazine’s “10Best” list. Pitted against 65 vehicles, the 2018 Volkswagen Golf models–e-Golf, Golf, Golf Attack, Golf GTI, Golf SportWagen, and Golf R–have risen above the competition to earn a spot on the annual list and will be showcased in the January 2018 edition of Car and Driver magazine.

To qualify for the list, Car and Driver editors included the most popular new vehicles and evaluated each vehicle on its performance, value, and “the ability to satisfy the comprehensive driving needs of the consumer.”

The e-Golf model delivers 125 miles on a single charge, and for 2018, the Volkswagen Golf lineup features upgraded technology on the outside such as LED taillights and LED Daytime Running Lights (DRLs) and advanced technology on the inside with improved infotainment systems. A redesigned chrome grille and distinct bumpers are notable changes to the 2018 models. Driver assist technologies are also a major focus of the new Golf models.

“Forward Collision Warning and Autonomous Emergency Braking (Front Assist) is now available on most SE trims and above, as is Blind Spot Monitor with Rear Traffic Alert,” wrote Volkswagen Media.

Car and Driver editors are on the same page when it came to praising the VW Golf models.

“The Golf’s secret to 10Best success is its ambition: It’s not only the best and most versatile car in its class, every year it vies for the title of top vote-getter on our 10Best ballot,” said the editors of Car and Driver. “It’s almost a luxury car—refined, well equipped, and tastefully appointed. It just happens to be small, practical, and relatively affordable. Its road manners are impeccable, its handling balanced in a way that now escapes most cars.”

Check Out: How to pack a roadside emergency kit