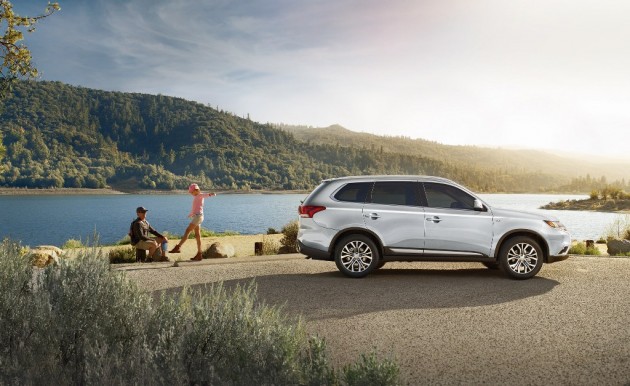 The 2016 Mitsubishi Outlander earned the top spot on Cars.com’s list of Most Affordable Three-Row Crossovers

Finding a car that is within budget—and has all the features you want—is the Holy Grail of the car-shopping experience. Typically, if you have a lengthy list of must-haves, you’d better have a large budget to match—especially if you’re shopping in the three-row crossover segment.

With the average price of a three-row crossover starting at the $30,000 mark, it can be hard to find a vehicle with extra space for less money. Cars.com has come up with a solution, though.

The popular car website recently posted a list of the most affordable three-row crossovers on the market. And at the top of that list? The 2016 Mitsubishi Outlander.

Cars.com priced the vehicles, addressing in-demand features like an automatic transmission, power driver’s seat, rearview camera, USB port, and Bluetooth® connectivity. They then determined  affordability by combining the cost of purchase (including destination fee), the crossover’s residual value after five years, and the amount of money it takes to keep the car fueled.

With its feature-laden interior and low price tag, the 2016 Mitsubishi Outlander showed how easy it is to get exactly what you want without breaking your budget. The three-row crossover is just reaching dealerships now.