Makes other announcements, none of which have anything to do with snowfall or starchy vegetables 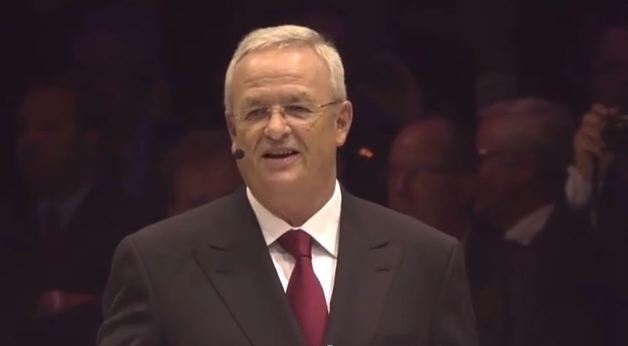 My mother always taught me never to trust a man with a funny name, but I think I’m going to have to make an exception in this case. Just yesterday, CEO of Volkswagen Aktiengesellschaft (take that, MS Word spell check!), Professor Dr. Martin Winterkorn, announced a multi-billion dollar investment program in North America to take place over the next five years. And in this announcement, Winterkorn also confirmed a midsize Volkswagen SUV is most definitely headed for America. And, on top of all that, Winterkorn also reaffirmed the goal to sell one million VW and Audi vehicles each year in the States by 2018.

Winterkorn first noted that production of the new Golf in America will be particularly beneficial to the brand. Production will begin tomorrow, January 14, in Puebla, Mexico. The all-new Golf will roll out this summer.

“The new Golf features the latest generation of our TSI and Clean Diesel engines as well as electric drive and plug-in hybrid technology,” Winterkorn promised.

But that’s not the only aspect of the 7 billion dollar investment that Winterkorn highlighted. As I mentioned, he promised us a midsize Volkswagen SUV in the coming future. “I’m delighted to confirm what so many have been waiting so long to hear: Volkswagen’s midsize SUV for America is on its way.”

In fact, work has already begun on the all-new seven-seater. Keep your eyes peeled for a 2016 launch.

As for the million vehicle sales goal, Volkswagen is already well on its way. Winterkorn announced, “The Group has almost doubled unit sales in the US since 2008, setting a new record of over 600,000 deliveries in 2013.” It’ll be a close call in 2018, but the German brand may just have it in ‘em.

For more on Winterkorn’s funny name announcement, check out the brand’s official press release, and be sure to check in with our NAIAS coverage all week long!