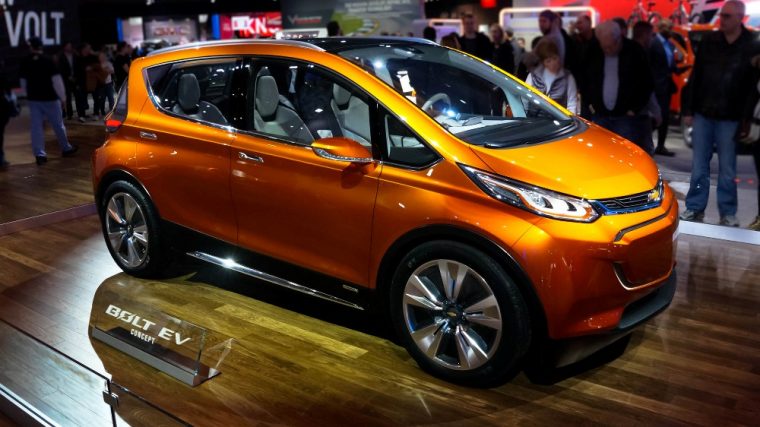 It has been eleven months since the Chevy Bolt concept debuted at Detroit’s North American International Auto Show last January. Since then, there has been some will-they-or-won’t-they drama over whether or not GM would strip the vehicle of its “Bolt” moniker. Other than that, though, we haven’t heard too much about the subcompact EV.

Until now, that is—today at the Los Angeles Auto Show, GM executive vice president Mark Reuss confirmed that the production version of the Chevy Bolt would be revealed at the 2016 International Consumer Electronics Show in Las Vegas, Nevada.

Next year’s CES will run from January 6th through the 9th, meaning the production Bolt will debut almost exactly a year after the concept Bolt had its premiere.

GM CEO Mary Barra will be the keynote speaker at CES, so the reveal of the new Chevy Bolt should provide a big finale for her speech. The car will then probably hit dealerships sometime in the spring of 2016.

The Chevy Bolt is expected to offer over 200 miles of electric range for around $30,000. This will put the car in direct competition with Tesla’s upcoming Model 3, which is supposed to be unveiled in early 2016, as well, but could face more delays.