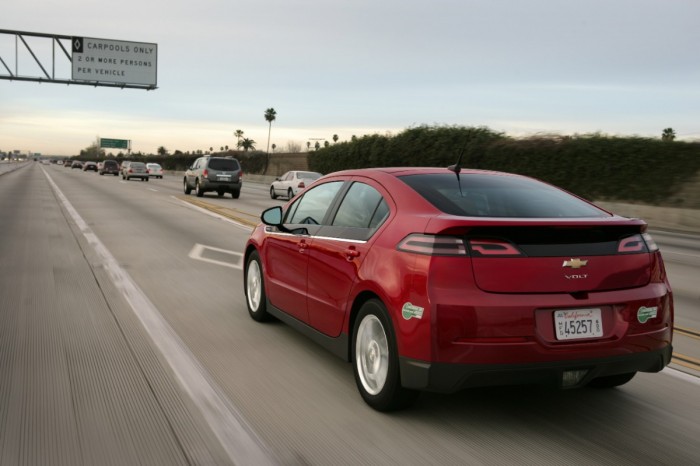 The good folks at Kelley Blue Book (KBB) have just named the Chevy Volt its Electric/Hybrid Car Best Buy of 2015. The four-year-old Volt beat out competition from the Nissan LEAF, the Toyota Prius, and even the new BMW i3 for the distinction.

It’s really no surprise. KBB has developed quite the crush on the Chevy Volt, which has made it onto the organization’s 10 Best Green Cars list every year since it hit the market.

It’s not just the Volt’s eco-friendliness that makes this year’s winner, however; KBB is also pleased by the $5,000 cost reduction for the Volt. The 2015 Volt (base model) carries a suggested starting price of just $35,170, though tax credits and other incentives can knock the price down to around $25,000 instead.

KBB had this to say of the Volt: “Pure electric cars work fine for drivers with short predictable commutes, but for longer travels a gasoline backup sure comes in handy. In the Volt’s case, its batteries are stout enough for an EPA-estimated 38 miles of gas-free driving—long enough for most drivers’ commuting needs. That’s wonderful, but what about unexpected detours or weekend jaunts? At those times the Volt’s gasoline-powered range extender shines bright, expanding its range to 380 miles. In essence the Volt adapts to the needs of the driver…not the other way around.”

KBB also praised the Volt for being fun to drive and, despite the fact that the Cadillac ELR is a more sophisticated version of the Volt, its tempting style.

Safety 101: All About OnStar