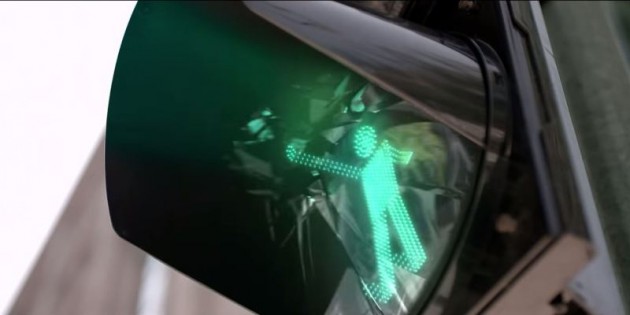 The Hyundai i20 Active has enjoyed a successful month following its debut in March–especially since it avoided the bad press the Elite i20 received over safety concerns recently. This wave of popularity includes an entertaining commercial released by Hyundai India that promotes the active lifestyle of the compact SUV in a very clever way.

You can watch the video below.

Going Good: How Hyundai raised over $340,000 for charity at one event

In the 60-second commercial for the i20 Active, we meet a lonely green crosswalk signal who’s been stuck in the same monotonous pattern for as long as he can remember. That day in, day out feeling is something we can all relate to.

After seeing a shiny brown i20 Active pull up to the curb, the pedestrian crossing figure throws his arms up and breaks the glass holding him back. Stepping out into the world for the first time, the green figure knows what he wants and confidently strides toward it: the alluring i20 Active. With a coy smile toward the woman in the passenger’s seat, he slides into the driver’s seat and takes the wheel…as he suddenly takes on human form.

As the man takes the i20 for a spin through puddles and construction zones, the vehicle’s features are highlighted: projector headlamps with LED DRL, high ground clearance, R16 diamond-cut alloy wheels, and cornering lamps.

One of the many great shots of the i20 Active in action
Photo: Hyundai India via YouTube

The commercial has received high praise from viewers for its appealing portrayal of the lifestyle associated with the i20 Active and the rocking soundtrack by Naozad Patel (featuring Siddharth Basrur, lead singer for Mumbai’s progressive metal band Goddess Gagged). The precise editing that matches the footage to the music also emphasizes the vehicle’s performance.

Perhaps this commercial was far more sinister than we realized… 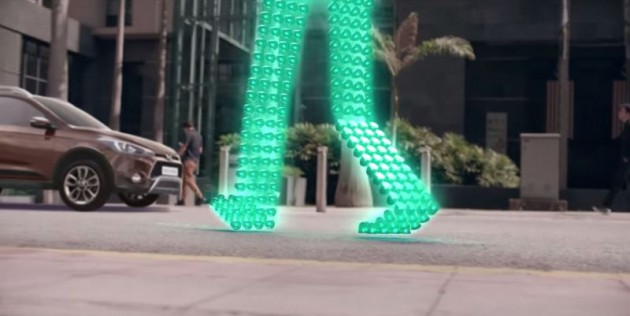 Watch out– digital Gumby’s headed for the Hyundai!
Photo: Hyundai India via YouTube

Going Good: Making a difference for those with pediatric cancer