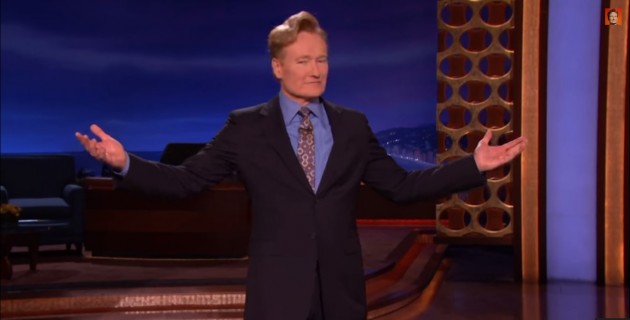 It’s disheartening seeing the majority of Hyundai news passing through the circuit this month being about the legal scuffle with the EPA concerning Hyundai MPG estimates. Considering the Korean automaker’s a generally-solid brand with respectable products, both the consumers and the automaker feel the sting of the EPA lawsuit.

Despite Ford, BMW, and Mercedes-Benz all enduring similar situations in the past, Hyundai is receiving a lot of attention for its over-eager estimates of 2011-2013 models (which is still a lot better than a bajillion recalls).

Nightly television star Conan O’Brien took a humorous jab at the situation by providing the industry with a hearty laugh and light-hearted relief on his TBS show.

Searching for a Cure:Hyundai Hope on Wheels is helping change lives…and that’s no joke!

While not everyone may be a member of Team Coco, his sharp wit on current events can still generate plenty of chuckles. Such is the case when he wryly jabs at Hyundai’s liberal MPG estimates in show-produced video.

In the parody ad that almost looks real, Conan and his team promote a Santa Fe whose MPG estimate steadily rises throughout the commercial. While having a laugh, the team extends the hyperbole to what fuel the vehicle uses and what conditions it can withstand. The over-the-top conclusion will even make die-hard Hyundai fans chuckle.

The criticism might seem like kicking Hyundai while it’s already down, but that’s the nature of comedy. Undoubtedly, the automaker will pick itself right back up and keep improving.

Watch the segment of Conan below:

Know the Truth:Take a look at the real Santa Fe and all it offers