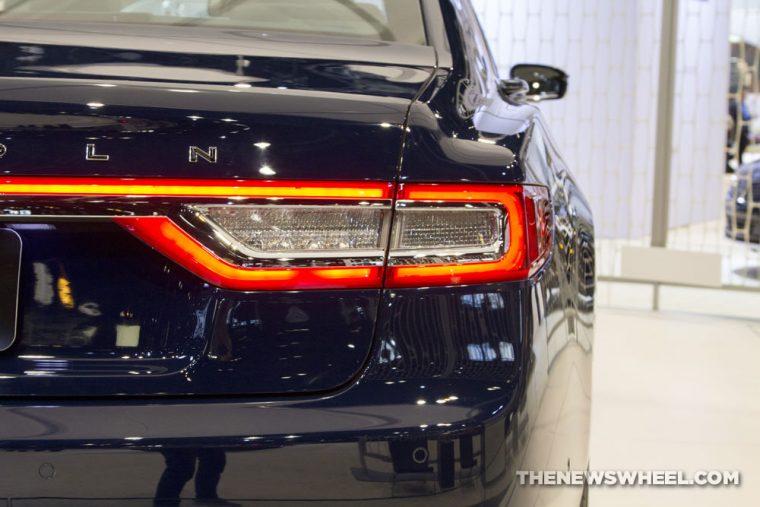 Lincoln Motor Company saw its sales decline 5.8% in August with deliveries totaling 8,708 vehicles. The year-over-year drop resulted from every vehicle in Lincoln’s current lineup—save for the new Navigator—experiencing a down sales month, with SUV sales taking a 7.6% dive and car sales dropping 2.2%.

On the Market? Why the new Lincoln MKC is a surefire choice for lovers of luxury

Sales of the Lincoln Continental continued to impress with 816 units moved in August. This brings sales of the Continental to 8,020 examples through the first eight months of 2017, putting the new prestige sedan well on pace to break the five-figure mark by year’s end and nearly doubling the total sales of the vehicle it replaced—the MKS—through August of last year.

The Continental to some degree helped offset a 21.6% decline in sales of the MKZ. Lincoln delivered 2,160 MKZ sedans in August, down from 2,754 units the year prior. Through August, sales of the MKZ are down 7.4% at 18,901 units. MKS sales totaled 36 units for the month, bringing its to-date total to 153 sedans.

The current-generation Navigator saw a 4.4% increase at retail, with Lincoln attributing its 5.3% overall sales decline to “fleet order timing.” Lincoln also notes that the next-generation Lincoln is a major money earner in initial sales, with about 75% of all current orders being for high-priced Reserve and Black Label trims.

A Crossover Built for Families: See what features make the 2017 Lincoln MKX a safe bet