Every New Year’s Day, millions of hung-over Americans wake up to reflect on the successes and failures of the previous year. In Acura’s case, 2014 gave the brand a few good reasons to crack open another bottle of champagne and keep the party rolling. Thanks to strong sales of the Acura MDX and RDX, Acura posted its best numbers since 2007. 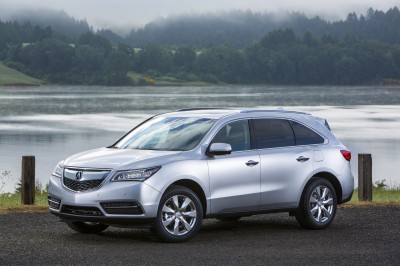 The Acura Division of Honda Automobiles enjoyed its third consecutive year of increased sales with a total of 167,843 sold in 2014, and 17,809 of those sold in December alone. The MDX and RDX each set all-time annual sales records and continue taking some serious bites out of the luxury SUV market. Low gas prices in December seem to have boosted SUV sales considerably, and nobody’s complaining about cheap gas.

The MDX continues to make a name for itself thanks to a 2015 NHTSA 5-Star Overall Vehicle Score for safety and an efficient 3.5-liter i-VTEC V6 Engine. Those sleek body lines aren’t just for looks, either; they were sculpted by extensive wind tunnel testing to maximize highway efficiency.

For those looking for a smaller luxury SUV, the RDX shares many of the same features and achievements as its bigger brother with its own 5-Star safety rating and available all-wheel-drive.

2014 may have been a blast for Acura sales, but 2015 is certainly looking bright with the expected return of the legendary NSX supercar at the North American International Auto Show in Detroit next week. If gas prices stay as they are at the time of this writing, one can expect luxury SUV sales to gain even more momentum.