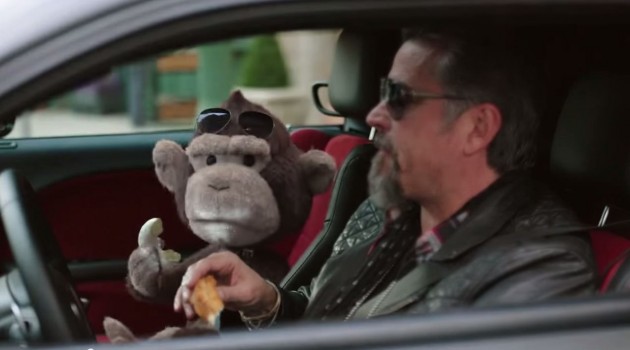 Have you seen any of the new Dodge Law ads floating around the internet quite yet? You know, the ones that star aging douchebucket auto enthusiast Richard Rawlings and a really strange monkey puppet that tries to do what Seth MacFarlane’s Ted did, only without the humor? We’d spare you the wasted minute and a half of your life, but, no, you need to experience this agony with us.

In this first from the series of Dodge Law ads, Rawlings and the monkey spend their free time staking out some male yoga participants who happen to drive a new Durango. Apparently, yoga is not manly enough for real men who drive Dodges, so the Dodge Law duo, who apparently have nothing better to do, like flinging their feces (something that the monkey and Rawlings probably do behind closed doors), accost and humiliate the men for wearing proper yoga attire. 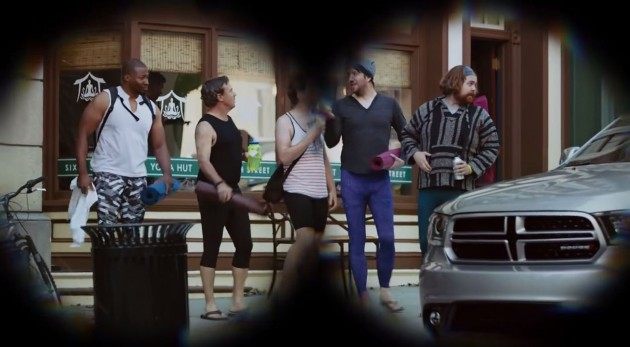 “These men that we’ve been spying on for days like yoga?! That’s weird. How dare they drive an SUV!”

First of all, the sexist sentiment that men cannot do yoga and wear whatever the hell they want to wear should be well removed from society at this point. Maybe those macho men who use cars to compensate for other things, to whom Dodge is trying to reach via this campaign, appreciate the sentiment, but the rest of us in 2015 are tired of being told that women have to like soap operas and men have to like burping, exclusively. Second, does Dodge really want to promote the idea you have to be a certain way to drive its vehicles? “Oh, you do yoga? You’re too lame to drive our Durango.”

The same sentiment is echoed in this next ad below, in which a man is arrested for wearing bronzer.

And it’s echoed once more in this final commercial, in which a driver is arrested for eating a croissant (one of man’s most brilliant inventions) in his Charger.

It’s a bit of a shock to see this kind of advertising from Dodge. The brand is usually more on target, like the “badass” 2015 Dodge Challenger ad or the Ron Burgundy Durango commercials.

We have no doubt that the brand will get back on track with marketing, and we’ll just pretend like these Rawlings/monkey ads never happened. We already do that with Rawlings himself anyway, so it shouldn’t be too hard.