Maybe not as much as you'd think... 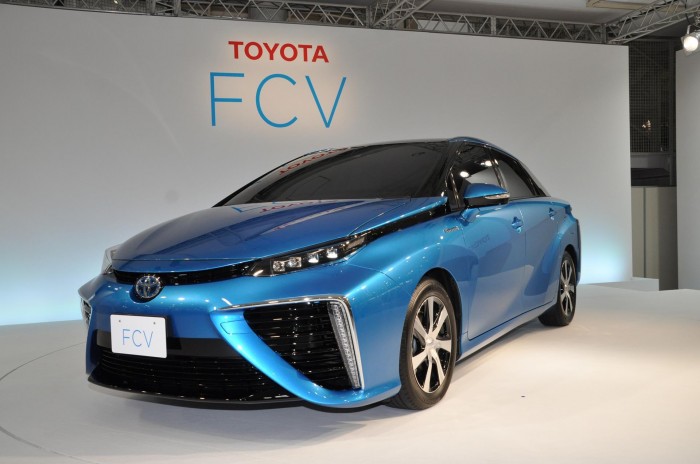 While the majority of the automotive industry is working on developing hybrid and electric vehicles, Toyota is ditching electricity in favor of a hydrogen fuel-cell vehicle to be released next year. With a Hyundai Tucson Fuel Cell already on the market in California, and the Toyota Mirai Fuel Cell Vehicle slated to arrive in the Golden State in 2015, can we expect hydrogen fuel-cell vehicles to become the new EVs in the coming years?

Perhaps not. One of the biggest hurdles facing Toyota and other automakers developing hydrogen fuel-cell technology is the lack of refueling infrastructure. Currently, a more widespread network is being built across the state of California, so that in the next few years owning a hydrogen fuel-cell vehicle will be easier for people in that state. For now, though, that remains a luxury few can afford. 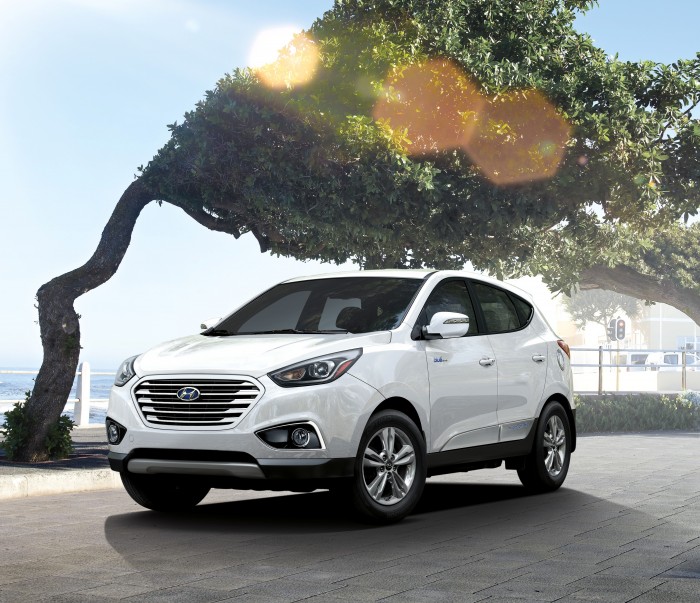 You might also assume that since hydrogen is a natural element, it’s one of the most eco-friendly fuel sources out there. While it’s certainly true that hydrogen fuel produces zero emissions, it’s also true that hydrogen fuel does not occur naturally on earth. In order to produce hydrogen fuel for a fuel-cell vehicle, processes such as electrolysis (which involves the passing of electricity through water) are necessary. To complete this process and create the hydrogen fuel, electricity is needed. And the majority of our energy in the United States today still comes from fossil fuels—39% from coal and 27% from natural gas, according to the U.S. Energy Information Administration. That’s 66% just from those two sources. In contrast, just 7% of energy comes from hydropower, 4.13% from wind, and 0.23% from solar.

Hydrogen fuel cell vehicles aren’t the only “eco-friendly” vehicles to actually get their energy mostly from fossil fuels. Electric vehicles recharge using electricity (as you might expect), which falls under the same umbrella as far as how that electricity is produced. Unless you know for a fact that your energy comes from renewable sources, it’s near impossible to drive a car that’s 100% eco-friendly. 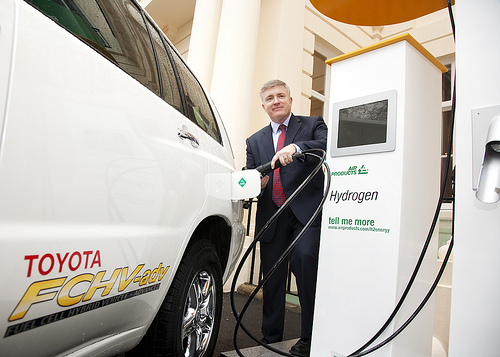 The UK’s Minister of Manufacturing, Mark Prisk, fuels up one of Toyota’s Hydrogen Cars
Photo by bisgovuk on Flickr

This is all rather nit-picky, of course. Because even if your electricity is produced by burning coal, you’re still lowering carbon emissions by choosing an electric vehicle or a hydrogen fuel-cell vehicle. But let’s not get carried away in thinking that by choosing these types of vehicles, we’re completely eliminating our carbon footprints. Sure, in the future we might get the majority of our energy from solar or wind power, but for now we’re heavily reliant on coal, which is damaging to the environment. And until that changes (and it has to one day, since our supply of coal is limited), we’ll just have to do the best we can when it comes to choosing eco-friendly cars.