Electric Car Etiquette: Try Being Considerate of Other People 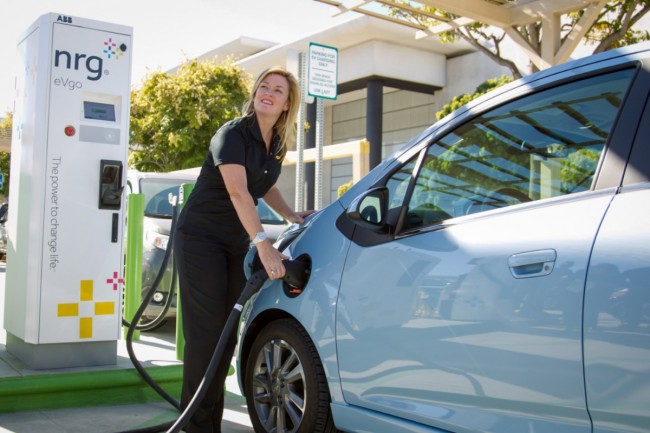 Electric car drivers may be happy about their cars, but they’re not always happy with other drivers. Photo: General Motors – Chevrolet

The popularity of electric vehicles (EVs), and their increased development by automotive manufacturers, is quickly changing the social dynamics of the road. With new types of cars being made that depend on different needs than traditional cars, everyone on the road will have to watch their behavior and learn to accommodate.

Unfortunately, the majority of drivers have not yet taken notice of this shift, despite the problems this is causing EV drivers around the country.

Related: The Hyundai Tucson Fuel Cell is ready to make an impact

The Importance of EV Charging Stations

So, what happens if you’re a gasoline-driven car who sees an empty EV charging spot? Or a hybrid-driver who doesn’t exactly need to charge up yet? If you’re like one of the many drivers faced with these same scenarios, you probably parked in that empty spot.

Too bad for the EV driver behind you who desperately needed that charging station to avoid running out of juice.

In other words, parking in a charging spot without intending to utilize it is quickly becoming the equivalent of parking in a “handicapped” spot because of its convenient placement. 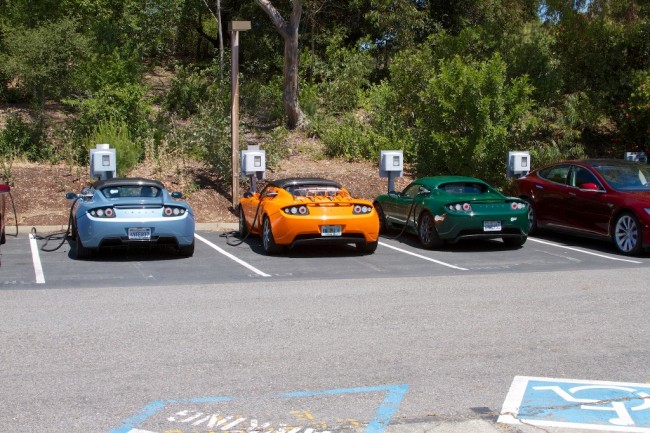 You don’t want to be blocked from a charging station if you’re out of juice. Photo: Windell Oskay.

EV drivers are understandably worried about getting stranded somewhere with no access to re-charge their car. But, so many old-fashioned drivers on the road just aren’t taking notice of the plight of the EV. Thus, green-friendly drivers are taking a stand in the best way they know how: by adding new words to their vocabulary.

You may find the following terms being used nowadays:

As Tesla drivers are quickly becoming known as the hipster, self-entitled “MAC owners” of the road, tension is rising between them and other EV owners, such as Volt drivers.

To alleviate this, news sources have compiled various lists of public EV charging etiquette points, such as this one from Gas2:

If all drivers familiarize themselves with these simple electric car etiquette guidelines, we can start developing friendlier relationships with our eco-friendly neighbors.

One fact is certain, though: In the meantime, be prepared for an all-out turf war between those zealous EV and hybrid drivers.

“You left your Nissan Leaf in an EV charging space– unplugged! We Tesla drivers shall dance around in contempt and frustration.” Photo: United Artists and DanceOn YouTube.