Enough BMW i5 Rumors! Will There Be One or Not? 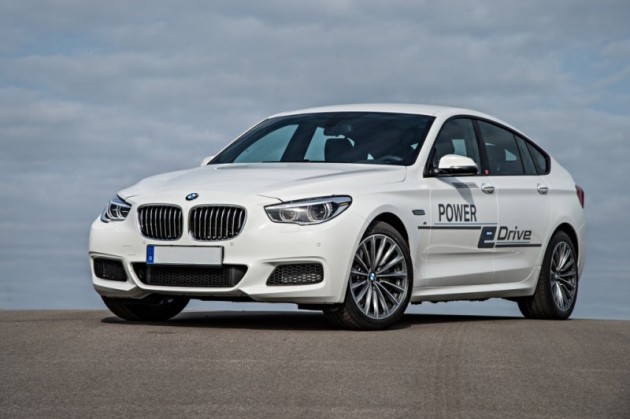 Pictured: BMW 5 Series GT Hybrid with Power eDrive… Could the future i5 look like this?

Remember last month in March when AutoNews Europe interviewed BMW Group research and development chief Klaus Froehlich, who confirmed the next BMW i Series model wouldn’t be released until at least 2020?

German publication Auto Bild has reported that the next i model is expected to arrive in 2018, and claims to know far more information on development than Froehlich disclosed!

What are the latest hybrid BMW i5 rumors, and can any of them be confirmed?

Sorting Through All the BMW i5 Rumors

According to multiple claims by Auto Bild, the next BMW i model will probably be called the i5 and be based on the upcoming next-generation 5 Series sedan’s wheelbase…but the 6 Series Gran Coupe’s proportions…and the 3 Series’ size. Basically, it could be similar to the 5 Series GT hybrid concept with Power eDrive. Somewhat.

The magazine further contends the i5 (which might end up being named something else) will be a hybrid vehicle which relies on a 2.0-liter, three- or four-cylinder gasoline motor that reaches around 201-218 horsepower. Using Power eDrive, it’s blostered by front (150 hp) and rear (268-272 hp) eletric engines and a 75 kWh battery. The whole powertrain would be capable of 640-670 horsepower. Running on only electricity, it would achieve somewhere between 65 and 78 miles in range.

Many sources, including Auto Bild, say the next i model will be a four-seater sedan to rival Tesla’s Model S–which some BMW executives call mere speculation. The doors will likely open traditionally, although butterfly doors were considered. Others sources are still claiming it’s based on the X5 SUV, which seems unlikely since we just got a hybrid version of it.

If you haven’t noticed yet, there are a lot of conflicting reports on the next i Model–or even if there will be one. Some speculate that BMW isn’t even interested in expanding its i Series anytime soon; according to them, the BMW i3 and i8 were just testing grounds for BMW’s bigger interest: carbon-fiber-reinforced plastic. But, it’s questionable if this so-called “i5” will even have CFRP.

Basically, wherever you look for information, the “facts” will be different for a while. Until BMW confirms anything officially, we’re left with rumors and speculation.