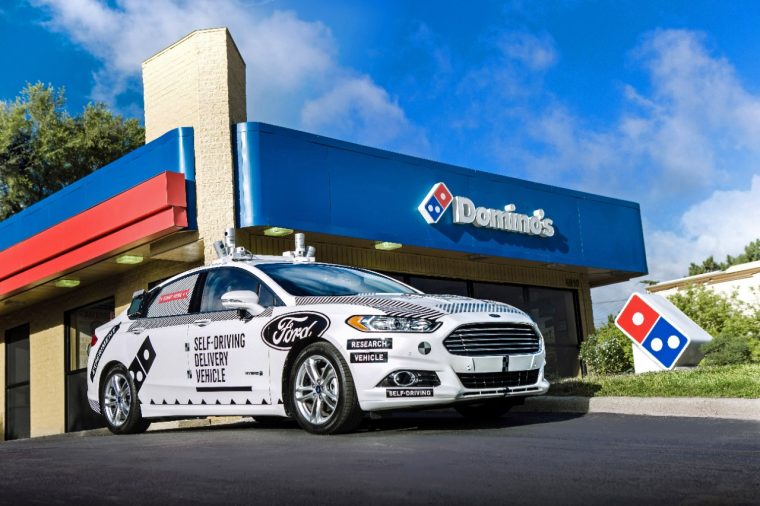 The automation of labor is a can of worms that must one day be opened; whether it leads to embracing the necessity of a universal wage and accepting the end of work or working to delay the inevitable in order to prolong traditional human working standards, the march of technology demands the conversation happen widely somewhere down the line.

Domino’s Pizza and Ford Motor Company recently took a step toward automating the role of the pizza delivery person by announcing a collaborative effort to research autonomous pizza delivery vehicles. Before you know it, low-paying, thankless, and oftentimes tipless pizza delivery jobs will be rendered non-existent. We’re through the looking glass here, people.

“As we increase our understanding of the business opportunity for self-driving vehicles to support the movement of people and goods, we’re pleased to have Domino’s join us in this important part of the development process,” said Sherif Marakby, Ford vice president, Autonomous and Electric Vehicles. “As a company focused on the customer experience, Domino’s shares our vision for a future enabled by smart vehicles in a smart environment that enhance people’s lives.” 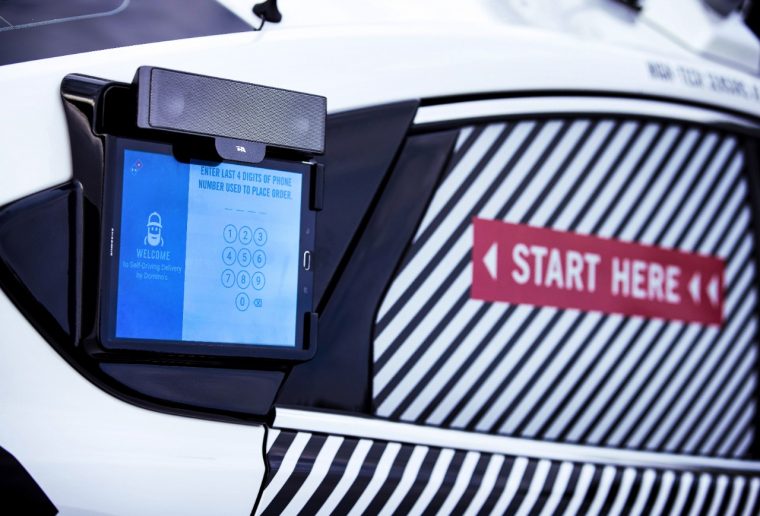 Random Domino’s customers in Ann Arbor, Michigan will receive their pizza orders via self-driving Ford Fusion Hybrid Autonomous Research Vehicles, but those vehicles will be manually driven by Ford safety engineers and packed with other researchers. Customers who agree to participate in the study will be sent text messages telling them how close their pizza is and giving them instructions for retrieving the pizza from a Domino’s Heatwave Compartment within the vehicle.

See, now they don’t even want you to be able to accept a pizza in a towel or bathrobe without having to trot out into the street. What won’t robots take from us? 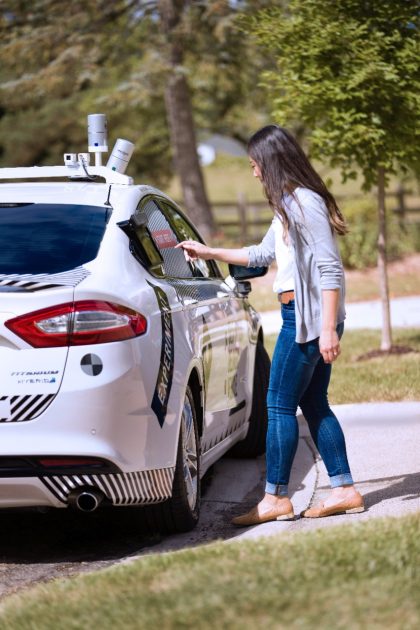 “I’m delighted that Ann Arbor continues to be at the forefront of autonomous-vehicle research,” said Ann Arbor Mayor Christopher Taylor. “While it’s pizza delivery today, my hope is that collaborations such as this will enable even more innovations tomorrow.”

But where will it end, Mr. Mayor? WHERE WILL IT END?

But, hey, look at it this way: at least you won’t have to pay any extra for a tip if the car is delivering the pizza. Unless you have to tip the car. Which would be weird.