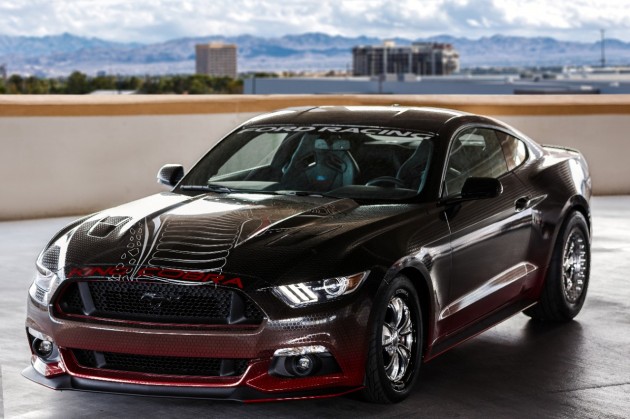 The King Cobra Mustang Parts Package was announced at SEMA

We got pretty amped up yesterday when we saw that Ford had added two images of a King Cobra Mustang to its SEMA lineup. We thought, gee, that would sure be a thing that we would like to drive in the real world. Ford, being every bit the mind-readers we thought them to be, announced this afternoon that the concept on display in Las Vegas is actually something that you can drive in the real world, thanks to the King Cobra parts package for the 2015 Mustang GT.

So, let’s boil the first week of November for Mustang lovers down to a few points here:

Yeah, that’s a good week by any standard.

The King Cobra Mustang parts package is made up of three packs: the Drag Pack, Handling Pack, and Super Pack. The Drag Pack gets you stronger half shafts and a rear sub-frame kit with pre-installed bushings. The Handling Pack lowers the Mustang’s stance by an inch and adds rear shocks and a stabilizer bar kit.

Unfortunately, it looks like that awesome-looking gradient snakeskin paint job and the Cobra hood decal aren’t included, though it seems likely that Ford would make the latter available as a separate option. 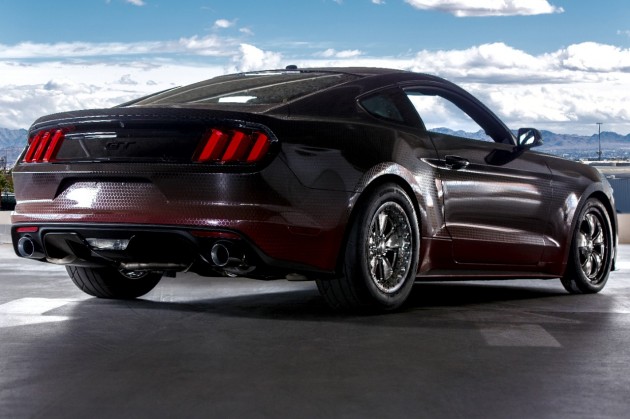 So how powerful would a 2015 King Cobra Mustang be? Ford says that they tested an early version of the full package out at the Milan Dragway in Michigan and managed a 10.97-second quarter mile.

Just tell us where to sign up, please and thanks.