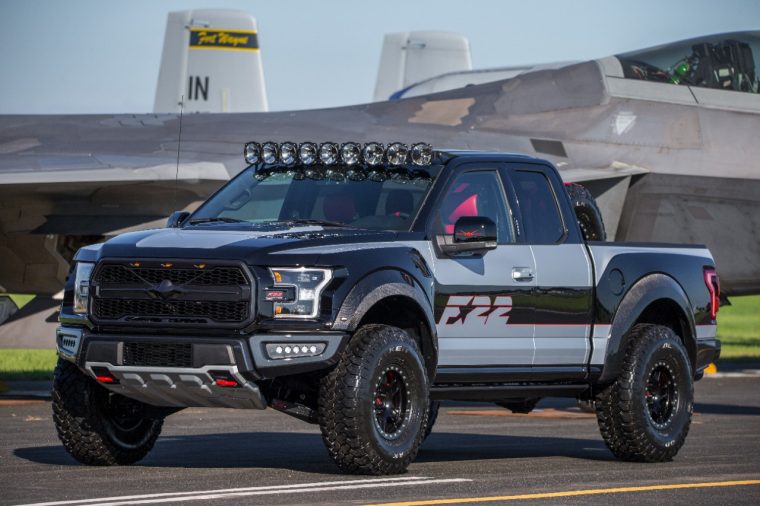 Ford’s annual tradition of designing a vehicle that pays homage to airborne innovation and auctioning it off to benefit the Experimental Aircraft Association Gathering of Eagles at AirVenture Oshkosh took a turn for the fierce this year. Deviating from the recent trend of Mustangs, Ford instead created a one-of-a-kind F-22 F-150 Raptor based on the fearsome Lockheed Martin F-22 Raptor fighter jet.

The powerful performance truck fetched a high price on the auction block, being delivered to Gary Ackerman, an Honorary Commander and Ambassador for the U.S. Air Force’s F-22 Squadron at Nellis Air Force Base in Nevada, for the cool sum of $300,000.

“Our job—both in the air and on the ground— is to intimidate the competition,” Ford design manager Melvin Betancourt, who led the team at Ford Performance in its creation of the F-22 F-150 Raptor. “The money we raised will enable Young Eagles to reach for the skies as well.”

Since it began raising money at AirVenture Oshkosh in 2008, Ford has raised over $3 million for the EAA Gathering of Eagles. Last year, the Ford “Ole Yeller” Shelby GT350 Mustang raised $295,000. Prior to that, the Apollo Edition Ford Mustang—inspired by NASA’s Apollo Program—was sold for just under a quarter-million dollars. 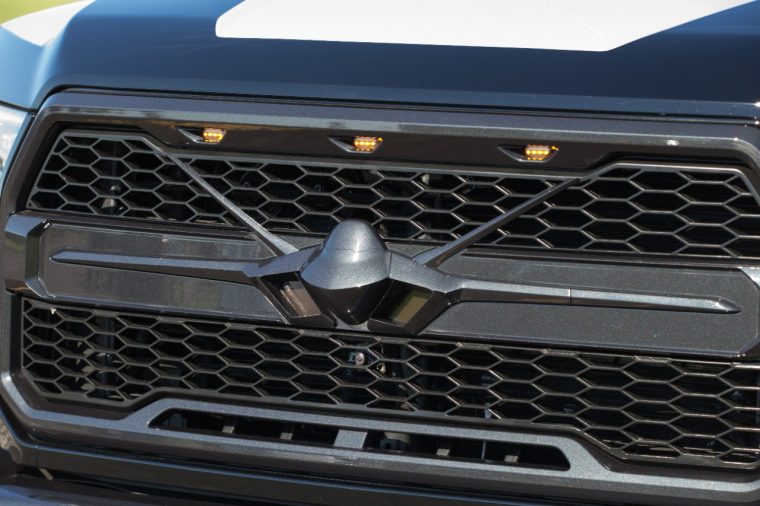 “Ford has helped build unmatched pathways for young people to discover the world of flight through its support of our Young Eagles, our youth programs, and AirVenture,” said Jack Pelton, CEO and chairman, Experimental Aircraft Association. “With its powerful F-150 Raptor donation inspired by aviation, Ford continues to excite with its specialty vehicles, which reflect the depth of its commitment to the Experimental Aircraft Association, its members, and the future of flight.” 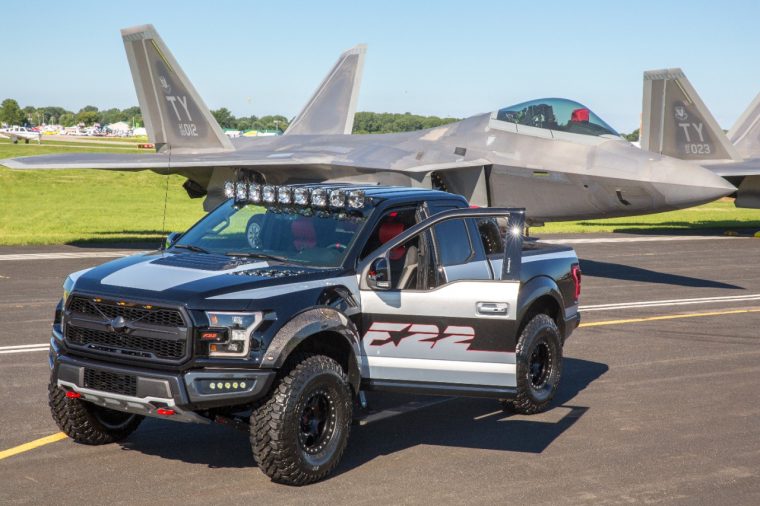