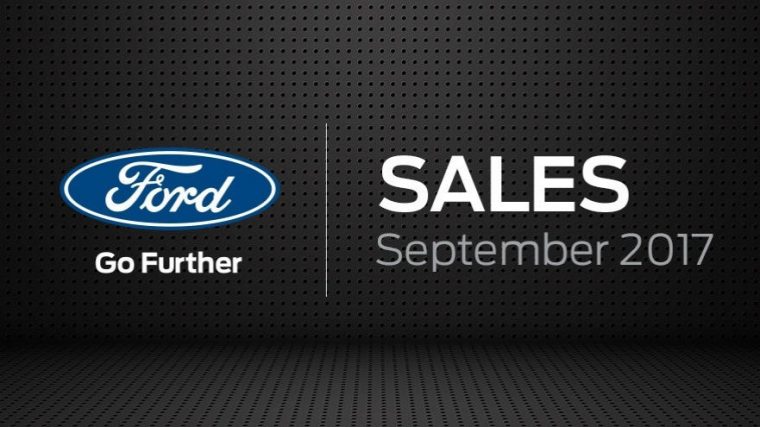 Ford Motor Company of Canada reported its best September sales on record last month, delivering 30,899 vehicles for 2.4% year-over-year growth. Total car sales fell 6.5% at 3,242 vehicles delivered, while total truck sales increased 3.6% with 27,657 vehicles delivered. Leading the way for the brand once again was the Ford F-Series, which delivered its best month on record with a total of 16,323 trucks delivered and 4% year-over-year growth.

Overcome the Autumn: Three things you need to do to keep your ride in tip-top shape this fall

“Hardworking people depend on their trucks to help them get the job done,” said Mark Buzzell, president and CEO, Ford of Canada. “Ford F-Series is built on the principle that the best truck for today is one engineered to meet the challenges of performance, efficiency, and dependability long into the future.”

Also leading Ford Truck sales to an increase for the month were the Transit Van and Transit Connect. The former saw its sales increase 39% with 1,167 vehicles delivered, good for its best September on record, while the latter’s sales rose 4% at 288 vehicles.

Of note for Ford cars in September was the start of deliveries for the Canadian-built Ford GT supercar. Six lucky customers took delivery of a Ford GT in September.