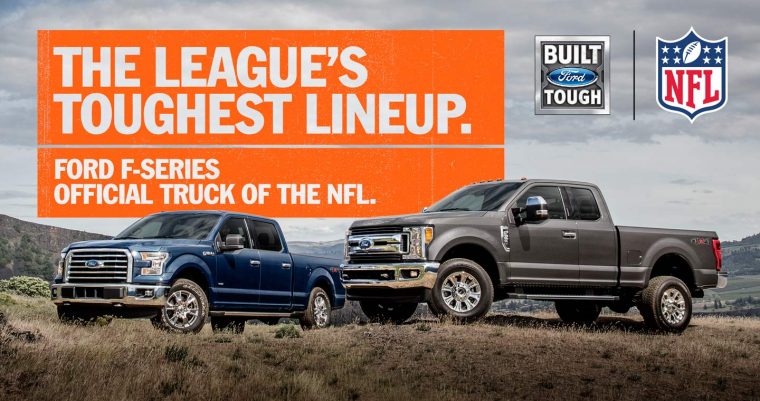 Ford is ready for some football, unlike the poor unnamed lady or fellow in the above dramatic recreation, as the brand’s increased presence during the opening-weekend games might indicate. This would be because Ford inked a three-year deal with the National Football League to become the provider of the Official Truck of the NFL. That is how ready for football they are.

“America’s truck leader is teaming up with organizers of the nation’s favorite sport to put the spotlight on fans and players who show toughness, smarts and determination on and off the field, and who deserve to be recognized for that,” says Mark LaNeve, Ford Motor Company vice president, U.S. marketing, sales and service. “Both brands—each a leader in its category and known for toughness, capability, excellence, and innovation—are coming together to give fans exclusive access to events and games, and to highlight players in a new way.”

The partnership will see the creation of the Offensive Line of the Week award, which will be doled out every Tuesday on NFL.com/Ford. The award will be determined by the analysis of Shaun O’Hara, former NFL o-lineman and current NFL.com analyst.

The partnership will also bear fruit in the creation of Built Ford Tough Tailgate Trucks On Demand, which can be ordered by fans in New York. These special Ford F-Series Super Duties will deliver food, game tickets, and official merchandise as well as a ride wherever one chooses.

Ford will also be launching its Built Ford Tough Tailgate Tour to games across America all season long, and fans will have the opportunity to enter the Built Ford Tough Toughest Ticket sweepstakes for the chance to win a customized 2017 Super Duty and a pair of tickets to Super Bowl LI.

Gallery: Ford Demonstrates How Ready for Football It Is 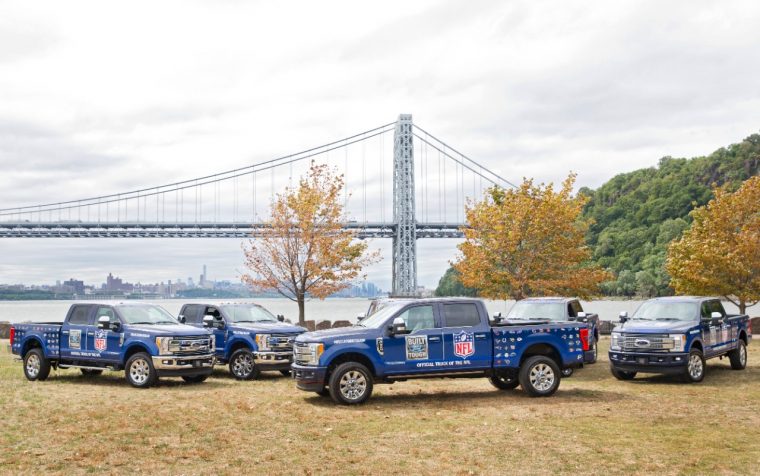