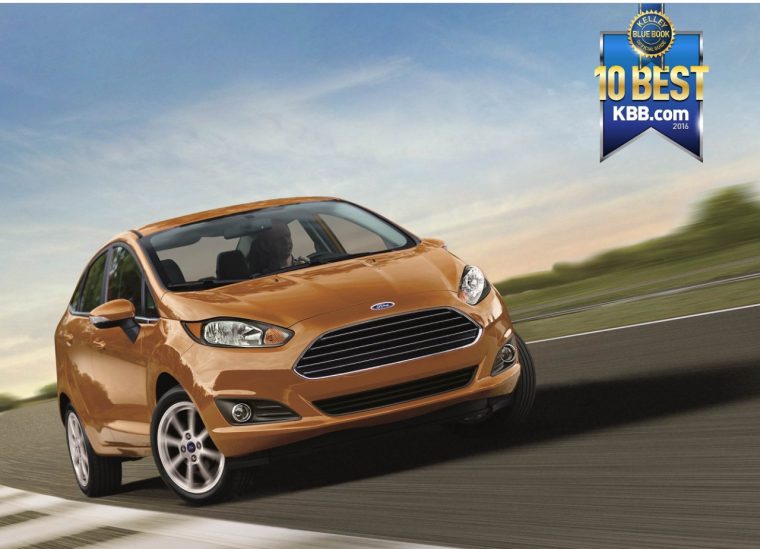 Style is every bit as important when it comes to back-to-school purchases as function, and staying on top of what’s in style is important. Lisa Frank trapper keepers in the early 1990s? Super hot. Pokemon? Inexplicably as popular in 2016 as it was in 1996.

Another thing that seems to never go out of style is the 2017 Ford Fiesta, which was named one of Kelley Blue Book’s 10 Best Back to School Cars of 2016. This marks the second straight year that the Fiesta has been included on the list of suggested vehicles for students, and pairing that with yet another inclusion on KBB.com’s Top 10 Coolest New Cars Under $18,000, it is a clear indicator that the Fiesta is always in with the kids.

“Safety is the paramount decision when it comes to back-to-school cars, and practicality and affordability are also high on the list of desirable characteristics, at least according to parents,” said Jack R. Nerad, executive editorial director and executive market analyst, Kelley Blue Book’s KBB.com. “The kids involved prefer to have a car they’re happy to be seen in, which suggests style is part of the equation too. Ford Fiesta addresses all of these wants, with an array of features returning students are sure to appreciate.”

The 2017 Fiesta is offered as either a sedan or a hatchback, and it is offered with the award-winning 1.0-liter EcoBoost and SYNC 3 infotainment system among other cutting-edge technologies. For those looking for an extra bit of oomph, the 2017 Ford Fiesta ST is a performance-lover’s dream with an output of 197 horsepower and 202 lb-ft of torque and is highly recommended for those looking for a few extra cool points.