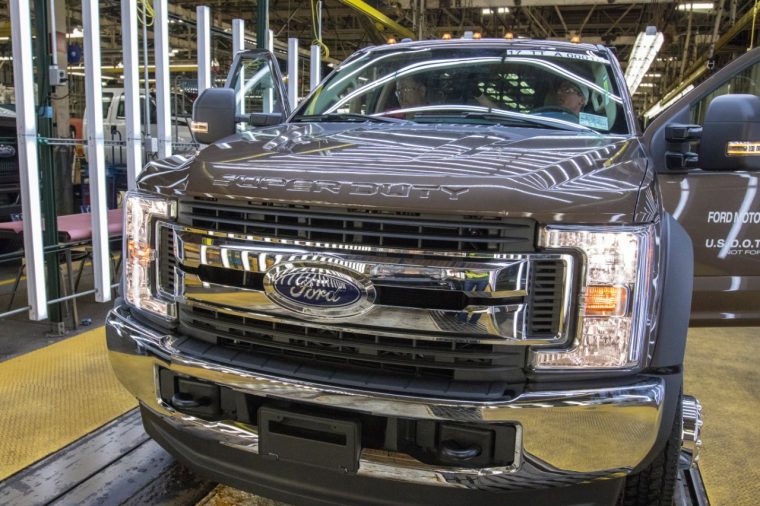 After an announcement earlier in the month revealed that $1.6 billion was being allocated to the construction of a small car plant in Mexico, Ford announced this week that it will be investing the same amount in updating two US facilities.

Ford announced a $1.6 billion investment in its Livonia Transmission Plant in Michigan and Ohio Assembly Plant, with $1.4 billion being allotted to the former and $200 million set aside for the latter. These investments are part of the larger $9 billion deal announced with the UAW-Ford collective bargaining agreement last year.

The timing of the announcement is perhaps a response to a certain leather-fleshed, orange-tinted presidential candidate, who decried Ford’s decision to create jobs in Mexico. The investment in the two plants will retain or create a total of 650 jobs, including 500 at Livonia and 150 at Ohio Assembly.

“We are proud that Ford employs more hourly workers and builds more vehicles in the United States than any other automaker,” said Joe Hinrichs, Ford president, The Americas. “We are committed to manufacturing in the United States, as we have been for more than 100 years.”

Livonia Transmission Plant currently employs more than 1,550 people in the production of the six-speed transmission used in the Ford Mustang, F-150, Transit, and Expedition. The investment will support the manufacture of the new 10-speed transmission for the F-150 Raptor.