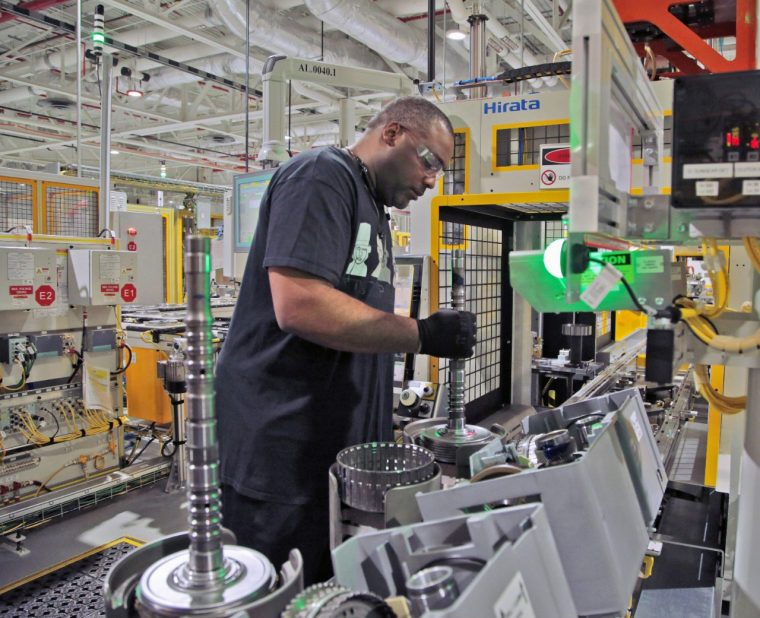 Ford has announced an investment totaling $350 million that will allow its Livonia Transmission Plant to take on manufacturing duties for a new transmission. The investment is anticipated to help the plant create or retain 800 hourly jobs for the new transmission, with new jobs being added later this year and through 2019.

“We remain committed to American manufacturing and investing in our people and facilities,” said Joe Hinrichs, Ford president, The Americas. “Even as the industry’s largest employer of hourly workers in the United States and biggest producer of American-made vehicles, we believe it is important to continue investing right here in our home market.”

“Today’s announcement of investment at the Livonia Transmission Plant is further evidence of the benefits of collective bargaining and the ongoing commitment of UAW-Ford to lead the way in creating and maintaining automotive manufacturing jobs in America,” said Jimmy Settles, UAW vice president. “The addition of these 800 jobs will add job security for the plant’s hardworking men and women, and support for the surrounding community.”

With this investment, Ford will have invested $1.75 billion and created or retained 1,300 jobs at Livonia Transmission over the past two years. Ford previously invested $1.4 billion in the plant to support production of the 10-speed.

Approximately 1,800 people are currently employed at the Livonia Transmission Plant.