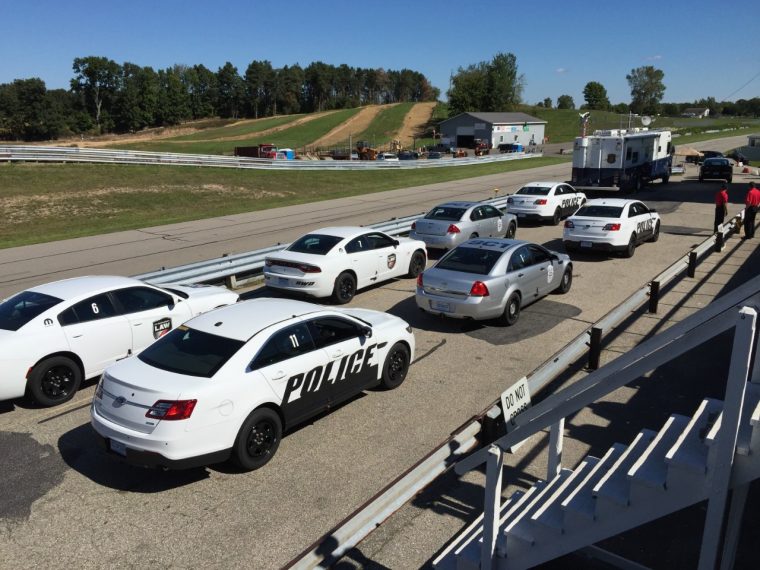 Ford has been proving its supremacy as a provider of law enforcement officer vehicles, be it from the perspective of sales or constant innovation geared toward stealth and safety. The automaker has now reaffirmed once more its domination from a performance perspective, topping tests conducted by the Michigan State and Los Angeles County Sheriff’s Department.

In the case of the former, the 2017 Ford Police Interceptor Sedan ran a 5.7-second 0-to-60, outpacing competing sedans with times of 6.05 and 6.11 seconds. From speeds of 0-to-100 mph, the Police Interceptor sedan climbed to triple digits in 13.62 seconds, topping the second-fastest sedan by a full second.

Michigan State Police testing also put the Ford Police Interceptor utility at 0-to-60 mph in 6.4 seconds and 0-to-100 mph in 16 seconds flat. Both the Interceptor sedan and utility posted the fastest lap and fastest average lap times, confirming their rule over competing brands.

“This isn’t just bragging rights,” said Arie Groeneveld, Ford chief program engineer for police vehicles. “It’s a question of safety leadership. In terms of both public safety and the safety of our law enforcement officers, the best police chases are the ones that never happen. But like our industry-exclusive 75-mph rear crash test rating and standard full-time intelligent all-wheel drive, these results reinforce the point that Ford is relentless in pursuing safety in our police vehicles.”