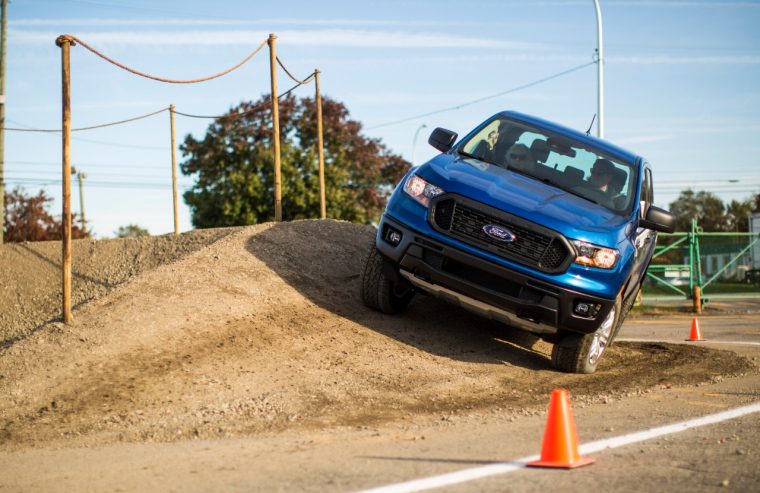 Production started on the all-new Ford Ranger at Michigan Assembly Plant this week, and to celebrate Ford invited the facility’s 3,000 employees to take part in an off-road course constructed in the parking lot. You ever have one of those days where you feel like you’ve got the best job in the world? That’s probably what all those folks felt like.

What Makes the Ford Ranger So Great? Among other things, a cool towing radar

Among those taking part at the proceedings were leaders from Ford and from the United Auto Workers. Ford pumped $850 million into rejuvenating Michigan Assembly Plant for production of the Ranger and the all-new Bronco. Production of the latter is expected to get underway in 2020. Michigan Assembly Plant previously produced the Ford Focus and C-MAX; both vehicles have been effectively discontinued in the United States.

The all-new Ford Ranger, which could begin arriving at showrooms as early as the start of winter, will provide best-in-class towing, payload, and torque, making it the immediate go-to truck in the midsize pickup segment. It will feature a 2.3-liter EcoBoost engine that will generate 270 horsepower and 310 lb-ft of torque, and when equipped with an available Trailer Tow Package and trailer brake controller it will offer up to 7,500 pounds of conventional towing. 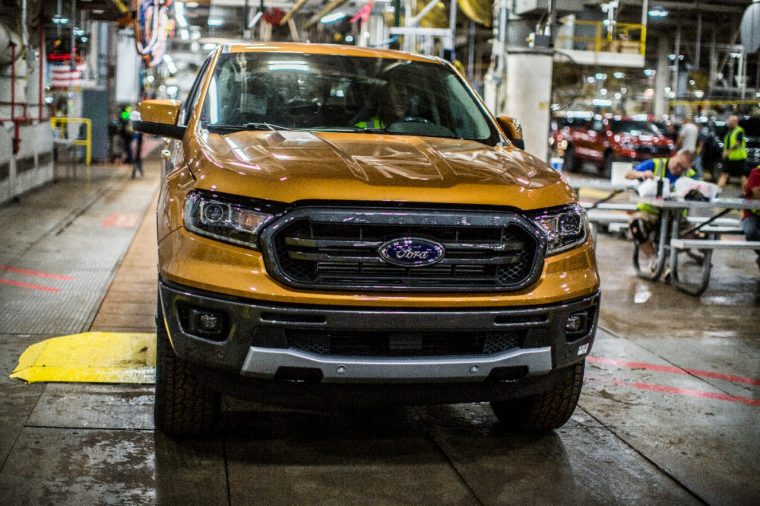