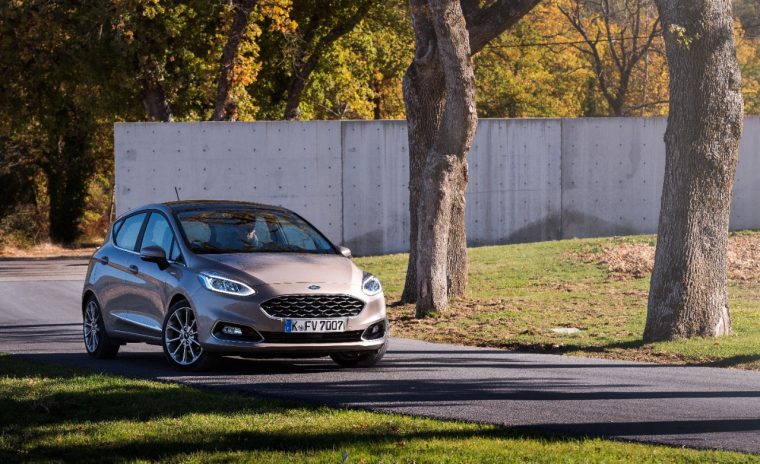 Ford earned its highest February sales in 14 years in the UK last month, leading the United Kingdom’s auto industry in terms of total vehicle, car, and commercial vehicle registrations. Four Ford vehicles ranked in the top five of their respective segments, including the Fiesta, which once more stood as the UK’s best-selling vehicle.

“It’s been a record month and Ford’s long-standing market leadership is being consolidated by our growth in more profitable retail sales, supported by the industry’s most successful scrappage scheme so far,” said Ford of Britain Chairman and Managing Director Andy Barratt. “At the Geneva Motor Show this week, there is further evidence of our investment in exciting products and industry-leading technologies, which drives our sales success. On show are the new Fiesta Active, new KA+ and KA+ Active, new Mustang and the special edition Mustang Bullitt, Edge ST-Line, and the Ford GT continues to take a starring role as our technological and performance flagship model.”

Fiesta registrations in February totaled 5,201 vehicles in total and 3,461 at retail. The most impressive takeaway is that the total number of Fiestas sold was enough on its own to be in fifth-place among the UK’s top car brands, “meaning that Fiesta, on its own, outsells the car ranges of all but four of Ford’s rival car makers.”

Ford’s car sales totaled 12,046 units, up 21.6% year-over-year. Of that total, 6,563 vehicles were sold at retail, delivering Ford an 18.5% market share for the month—more than double that of the second-place automaker.

Ford’s light commercial vehicle sales were up 30.2% at 5,414 vehicles registered, chalking up a commanding 38.3% market share. Transit, Transit Connect, Transit Courier, Transit Custom, and Ranger all topped their respective segments, with the latter most of the five seeing a 50% year-over-year growth in sales and capturing approximately one-third of the market.

More Ford Trucks: 2018 Ford F-150 gets refreshed, even more in the way of toughness