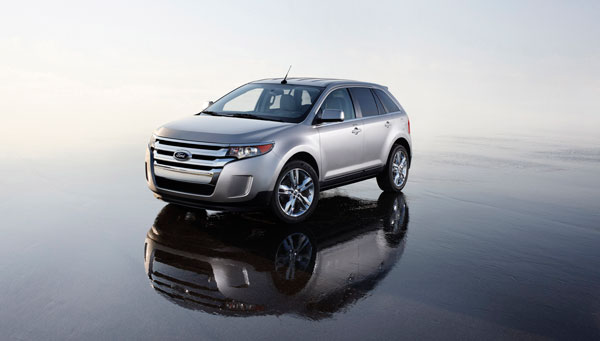 Ford has been upgrading older models, including the Ford Edge, to run on their connected-car apps.

As of now, only about one million Ford cars feature AppLink, an in-car connectivity platform companion that runs your smartphone’s apps through the dashboard. However, Ford rolled its 10 millionth Sync-enabled car off the assembly line back in November. That means there are currently nine million Fords on the road today with the ability to run connected-car apps, that don’t.

Just when all hope seemed lost, however, Ford came forward with a surprising announcement. Through a retroactive installation process, as many as 3.4 million of those Sync-enable vehicles will receive AppLink. It is likely to be a simple software download, but on your own or at the dealership, we’re not yet sure. We’re also not sure which Ford vehicles will be eligible for the upgrade. We expect to hear more on this as we enter into CES tomorrow.

This news is quite surprising and speaks to the ingenuity that went into creating AppLink in the first place. To be able to retroactively add this feature to 3.4 million cars that are already on roadways is no easy feat—and not one that other automakers have accomplished with their own connected car apps and infotainment systems.

Watch for the official details at CES this week, and let us know what you think about AppLink in the comments below.

Brought to you by Packey Webb Ford, Chicago