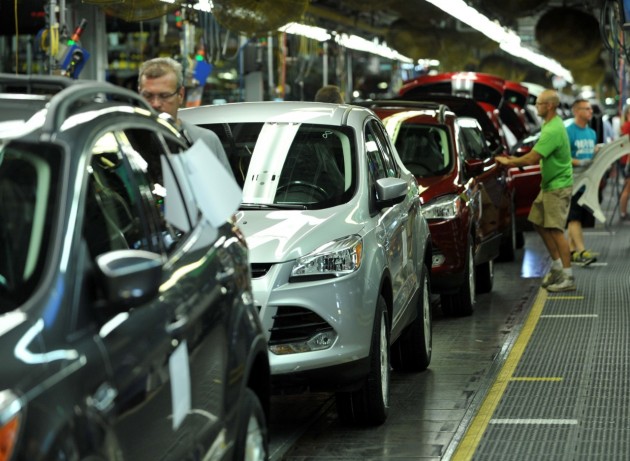 Ford is adjusting its summer manufacturing schedule to accommodate for increasing demand, opting to squeeze an extra 40,000 units out of select North American assembly plants by reducing the standard two-week summer shutdown to one week.

“To meet surging customer demand for our top-selling trucks and utilities, we are continuing to run our North American facilities during the traditional two-week summer shutdown in order to add close to 40,000 units,” said Bruce Hettle, Ford vice president, North America Manufacturing. “Six of our assembly plants will build for an additional week in order to ensure we’re getting more of our vehicles into dealerships.”

Whereas most North American facilities will shut down between June 29th and July 10th this year, these nine plants will only shut down for the week of June 29th in order to increase production of four of Ford’s most popular models—Edge, Escape, Explorer, and F-150.

This marks the third consecutive year that Ford has truncated the usual summer shutdown in order to meet consumer demand.