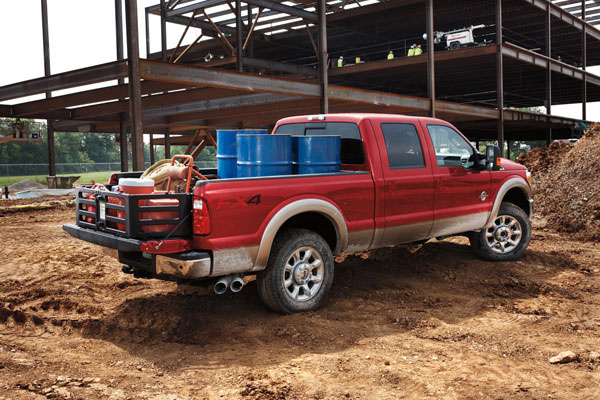 Earlier this week, Ford Motor Co. announced it was recalling around 4,000 Super Duty F-Series trucks due to an issue with the transmission. As mentioned in a recent report by Reuters, this issue could cause the trucks to accidentally slip into reverse, making the risk of a collision much more likely.

Affected models include the 2015 F-250, F-350, F-450, and F-550 Super Duty trucks, with numbers totaling 3,976. The trucks in question are those equipped with either a 6.2-liter gasoline, or a 6.7-liter diesel engine; and have 6R140 transmissions. The issue could potentially cause the truck to slip into reverse for 1 ½ seconds while the driver is shifting from “park” to “drive,” making the likelihood of the truck suddenly lunging backwards much more apparent.

The issue was discovered at the end of March at Ford’s truck assembly plant in Kentucky, and the automaker reports that no accidents or injuries have been reported as a result of this defect. Recall notices should start going out sometime this month.

If your vehicle is affected, expect to hear something from Ford in the coming months. Meanwhile, keep checking The News Wheel for updates and recalls from Ford and other manufacturers.