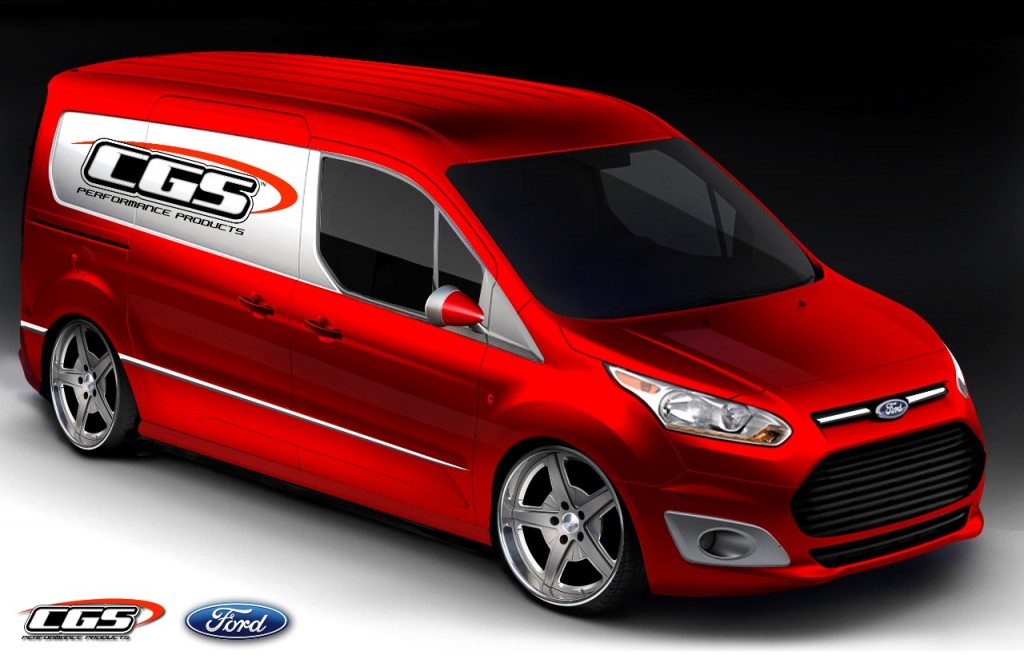 Granted: it’s pretty hard to get super excited about vans.  They lack the flash and appeal of sports cars, instead favoring…well, practicality.  We, the car-consuming public, love our flash, our flare, and our delicious excess!  Ford is looking to build a bridge between our needs for all that glitters and the usefulness of its 2014 Transit Connect by bringing 10 customized van and wagon models to the 2013 SEMA Show for what it has dubbed “Vandemonium.”

Did you feel those chills?  I know I did.  Ah, I left the window open.  Two seconds.

Where were we?  Vandemonium!  Since launching in 2009, the Ford Transit Connect has gone on to enjoy a considerable reputation for being handy, resulting in awards such as the 2010 North American Truck of the Year title and, more recently, the International Van of the Year 2014.  Popular in major markets such as New York City and Chicago for its use as a taxi, Transit Connects recently made their way across the Pacific in order to serve the people of Hong Kong.

Here’s where the excitement comes in: Ford tapped some of the aftermarket industry’s best customizers to trick out six Transit Connect vans and four wagons to both showcase their individual talents and help welcome the 2014 Transit Connect line.

According to Ford’s press release, Vandemonium will feature the following custom-jobs (with an as-yet-to-be-revealed tenth model waiting in the wings):

To learn more about Vandemonium and the rest of Ford’s SEMA 2013 lineup, visit their Dreamcase for pictures and information.  For more information about the 2013 SEMA Show itself, which begins November 5 in Las Vegas, keep it tuned to The News Wheel.