Unveiling the 2017 Genesis G90 at the Detroit Auto Show 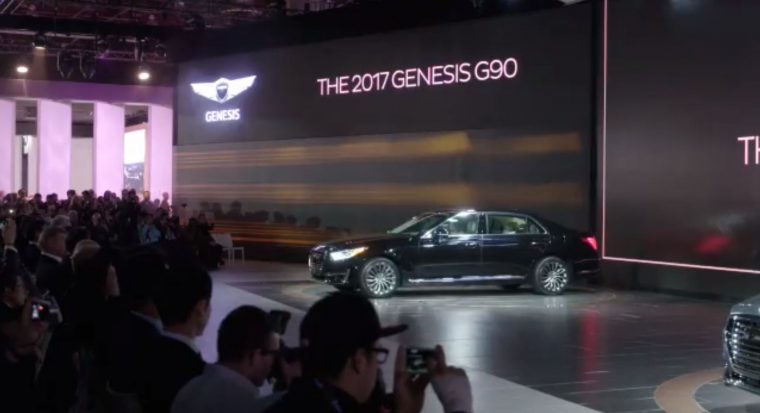 Aside from the announcement of the Ioniq, the launch of the Genesis premium sub-brand and its flagship G90 are the biggest news to come from Hyundai in the past months. So, it’s not surprising that Genesis was the center of Hyundai’s press show at the 2016 Detroit Auto Show today.

At 1:45pm, Hyundai CEO Dave Zuchowski took the stage at the North American International Auto Show, flanked by two blanketed cars. After looking back on the journey that the Hyundai Genesis model has taken over the past years, he passed the microphone to Vice-Chairman  Euisun Chung. Chung explained the focus of the Genesis brand, being a direction of Hyundai’s premium line and models to appeal to a new generation of luxury customers. 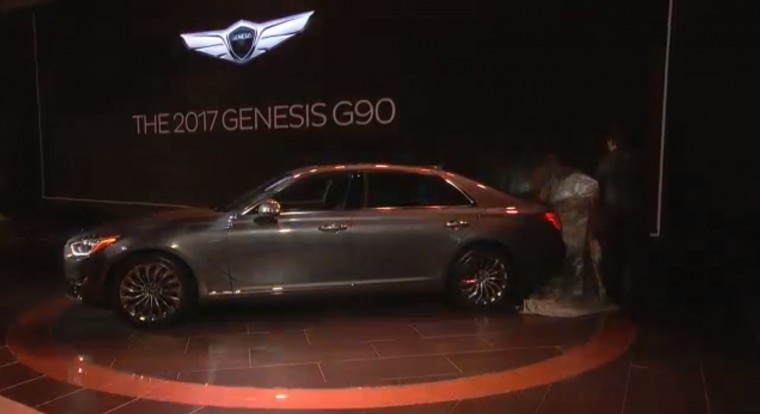 Afterward, Albert Biermann spoke about he performance engineering of the brand and G90, such as the use of lightweight aluminum and “human-focused innovation.” He also briefly gave a nod to the developing N performance division.

All speakers emphasized one of the biggest pillars of Genesis’ appeal: the “stress-free customer experience.” As Hyundai is already known for its customer loyalty and positive buying experiences, emphasizing this selling point will certainly appeal to intrigued consumers. The G90 simplifies the buying experience by offering two fully-loaded packages: Tau 5.0-liter direct-injected V8 and 3.3 liter V6 twin turbo.

The G90 was already unveiled in the brand’s home country of Korea last month, so the look and details of the Genesis flagship model were not a new revelation. Still, this redesigned and rebranded Equus looks promising for the future of the automaker.

Overall, the presentation was refined, confident, and unsurprising–all evidence of the high-class reputation Genesis aims to establish.