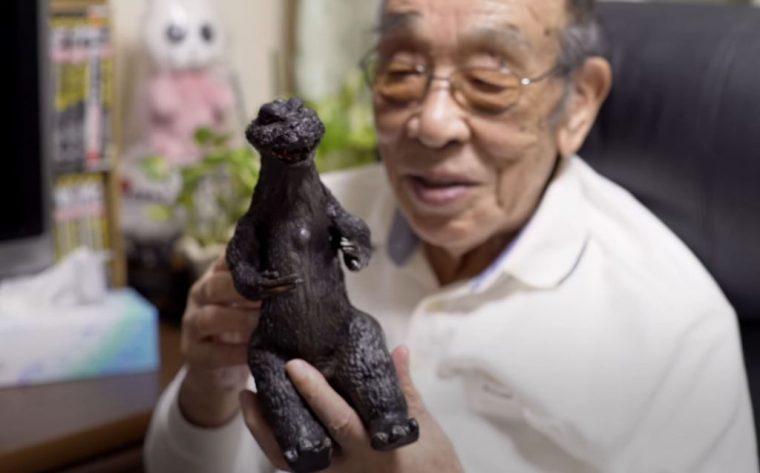 If there’s one giant monster that’s left a humongous footprint on our hearts–and our cities–it’s Godzilla. A beast of magnificent power and popularity, the Japanese creation began as a bleak post-WWII metaphor but evolved into a big lug that beat the snot out of dozens of invading creatures. If you’ve not grown up watching Godzilla and merely see him as goofy entertainment, you don’t know everything that went on behind the rubber mask.

A Timeless Design: Meet the Genesis G Concept (that isn’t named after Godzilla)

Watch: Inside Godzilla Is the Life of an 88-Year-Old Man

Genesis and Great Big Story’s “The Man Who Was Godzilla” video sheds light on the legacy of Haruo Nakajima, who donned the suit in 11 movies. In the video, viewers learn fascinating facts, such as:

The 3-minute spotlight features an exclusive interview and charming animatics that depict Nakajima’s path from stuntman in samurai films to the OG King of the Monsters. Were it not for his contributions, we wouldn’t have the quality and amount of giant monster movies released over the years.

“The Man Who Was Godzilla” is part of the Genesis-sponsored Origins channel on Great Big Story, which is featuring a year’s worth of content that reflects the brand’s values, culture, and heroes.

Love Movies? Check out these great film tours in Atlanta!