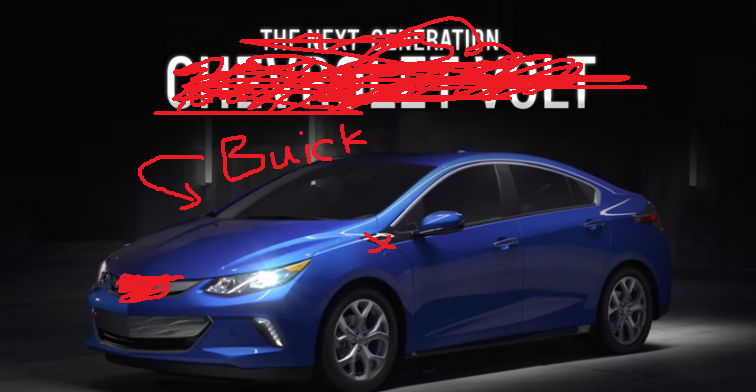 China has been stirring up its automotive industry for some time now, partly due to it being the largest car market in the world, and also partly because, in combination with polluting factories and agricultural practices, older cars with larger engines have been contributing to some of the worst air pollution in the world. This stirring is taking the form of generous government subsidies of small-engine or electric-engine cars, which themselves produce fewer or no emissions (setting aside any pollution from electricity generation, of course).

This makes it a little surprising, then, that General Motors China, which has a lineup of 39 vehicles across six brands, only currently sells two hybrids—the Cadillac CT6 and the LaCrosse HEV.

It is a little less surprising when you consider that GM got somewhat burned while trying to import PHEVs when it imported the first-generation Volt, which was soon pulled from the market because of its price—the equivalent of about $79,000. However, the new generation of Volt might soon get a try in the Chinese market—just not as a Chevrolet.

Local car news publications Autohome and Car News China uncovered images of the new Volt, wearing Buick badges, from the China Ministry of Cars, which approves vehicles before they are available in the market. These images showed that the Volt, in addition to a badge change, would also get a new name, appearing as the Buick Velite (a name used on a concept vehicle back in 2004), and would be produced by the Shanghai-GM joint venture rather than imported.

Other than those changes, however, the Volt/Velite is expected to remain the same as the US Volt, with a 52-mile/85-kilometer electric range and a 1.5-liter gas engine sipping 0.9 liters per 100 km (or 42 mpg combined).